Solidarity with the Warriors » Chris Hedges » (1 of 2) Chris Hedges, What makes for successful revolution? Excerpts from “Wages of Rebellion”

SO NOW!   WHAT MIGHT WE LEARN FROM THE RESEARCH?

Happily, Chris Hedges has published his analysis of the historical record – – his book  “Wages of Rebellion, The Moral Imperative of Revolt” (2015).

Crane Brinton, in his 1965 book The Anatomy of Revolution, explores the preconditions for revolution in the English, French, American and Russian Revolutions.  He cites

This is a key factor in understanding the precursors for revolt.  The idea that the very oppressed and poor are important as initiating and maintaining revolutions is a bourgeois one, Brinton writes.  He adds another important caveat:

No government has ever fallen before attackers until it has lost control over its armed forces or lost the ability to use them effectively – or, of course, lost such control of force because of interference by a more powerful foreign force, as in Hungary in 1849 or in 1956, and conversely that no revolutionists have ever succeeded until they have got a predominance of effective armed force on their side.  This holds true from spears and arrows to machine guns and gas, from Hippias to Castro.

While violence and terrorism are often part of revolutions, the fundamental tool of any successful revolt is the nonviolent conversion of the forces deployed to restore order to the side of the rebels.  Most successful revolutions are, for this reason, fundamentally nonviolent.  The Russian Revolution was victorious once the Cossacks refused to fire on the protesters in Petrograd in 1917 and joined the crowds.  The clerics who overthrew the Shah of Iran in 1979 won once the Shah’s military abandoned the collapsing regime,  And the harsh Communist regimes in Eastern Europe were doomed in 1989 when the security forces no longer defended them.  The superior force of despotic regimes is disarmed not through violence but through conversion.

(Page 4)  Davies  . . .  It is rather a disenfranchised middle class and alienated members of the ruling class who orchestrate and lead a revolt.  “Without the support of disaffected bourgeoisie, disaffected nobles, and disaffected intellectuals, the French Revolution might have been some kind of grand, episodic upheaval,”

But it would not likely have amounted to the successful assault on the political power structure that a revolution amounts to.  The same can be said for the American Revolution.  Those who signed the Declaration of Independence and/or became rulers of the new nation were gentleman farmers like Washington and Jefferson rather than callous-handed yeomen, who became the rank and file of the Continental Army.  The Russian Revolution, particularly in its 1905 phase, depended on the disaffection not solely of factory workers and peasants but also of urban bourgeoisie and – almost incredibly it seemed at first glance – of substantial numbers of the landed nobility.

(Russian Revolution)  . . .But more than deprivation itself, Davies and Brinton highlight, it was the cycle of heightened expectations, economic improvement, and then frustrated hopes that led to revolt.  “In reality the mere existence of privations is not enough to cause an insurrection;  if it were, the masses would always be in revolt,” Leon Trotsky noted.

MORE QUOTES FROM HEDGES FOLLOWING THIS: 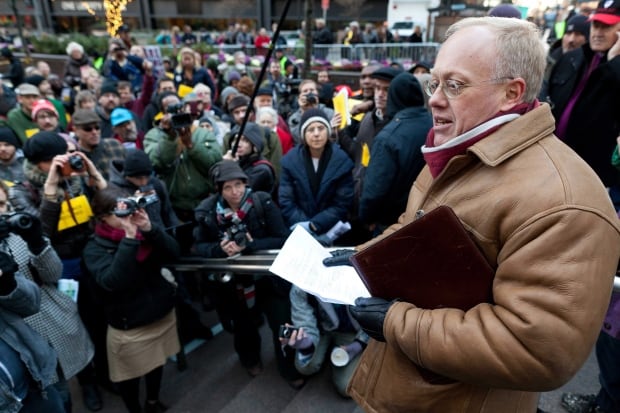 some might look out on what’s happening in America today, as well as around the globe, and say that we are indeed living in a revolutionary moment now.

For his latest, he looks at the root causes and the seeds of revolution and resistance. His book is called, “The Wages of Rebellion: The Moral Imperative of Revolt.”

“The superior force of despotic regimes is disarmed not through violence but through conversion.”

“when human law comes into conflict with what is moral, human law must be defied.”

“Starbuck especially elucidates this peculiar division between physical and moral courage. The first mate, “while generally abiding firm in the conflict with seas, or winds, or whales, or any of the ordinary irrational horrors of the world, yet cannot withstand those more terrific, because spiritual terrors, which sometimes menace you from the concentrating brow of an enraged and mighty man.”52 Starbuck is tormented by his complicity in what he foresees as Ahab’s “impious end, but feel that I must help him to it.” “But he drilled deep down,” Starbuck exclaims, “and blasted all my reason out of me!”53 Moral cowardice like Starbuck’s turns us into hostages. Mutiny is the only salvation for the Pequod’s crew. And mutiny is our only salvation.”

“There is no reliable data on the number of military-style assault weapons in private hands, but the working estimate is about 1.5 million.”

“The establishment of what would become the Federal Bureau of Investigation in 1908—led from 1924 until 1972 by J. Edgar Hoover—was a direct response to the revolutionary wave that gripped the American working class. FBI agents, often little more than state-employed goons and thugs, ruthlessly hunted down those on the left. The FBI spied on and infiltrated labor unions, political parties, radical groups—especially those led by African Americans—antiwar groups, and later the civil rights movement in order to discredit anyone, including politicians such as Henry Wallace, who questioned the power of the state and big business. Agents burglarized homes and offices. They illegally opened mail and planted unlawful wiretaps, created blacklists, and demanded loyalty oaths. They destroyed careers and sometimes lives. By the time they were done, America’s progressive and radical movements, which had given the country the middle class and opened up our political system, did not exist. It was upon the corpses of these radical movements, which had fought for the working class, that the corporate state was erected in the late twentieth century.”

“When it shall be said in any country in the world, ‘My poor are happy; neither ignorance nor distress is to be found among them; my jails are empty of prisoners, my streets of beggars; the aged are not in want, the taxes are not oppressive; the rational world is my friend, because I am a friend of happiness—when these things can be said,” wrote Paine, “then may that country boast of its constitution and its government.”

“Maybe it’s true. Maybe we were wrong in choosing to cultivate life instead of worshipping death. But we made the choice without listening to those on the outside. Without listening to those who always demand and insist on a fight to the death, as long as others will be the ones to do the dying. We made the choice while looking and listening inward, as the collective Votán that we are. We chose rebellion, that is to say, life.18”

“How do we submit? By not being radical enough. Or by not being thorough enough, which is the same thing.42”

“The amount of coercion needed to make society adhere to the model is “a rough measure of the model’s validity.” “That the Soviet Union had to use so much coercion undermined the credibility of communism as a model of reality,” he said. “It is perhaps symptomatic that the USA, a society that elevates freedom to the highest position among its values, is also the one that has one of the very largest penal systems in the world relative to its population. It also inflicts violence all over the world. It tolerates a great deal of gun violence, and a health service that excludes large numbers of people.”

“The rebel, dismissed as impractical and zealous, is chronically misunderstood. Those cursed with timidity, fear, or blindness and those who are slaves to opportunism call for moderation and patience. They distort the language of religion, spirituality, compromise, generosity, and compassion to justify cooperation with systems of power that are bent on our destruction. The rebel is deaf to these critiques. The rebel hears only his or her inner voice, which demands steadfast defiance. Self-promotion, positions of influence, the adulation of the public, and the awards and prominent positions that come with bowing before authority mean nothing to the rebel, who understands that virtue is not rewarded. The rebel expects nothing and gets nothing. But for the rebel, to refuse to struggle, to refuse to rebel, is to commit spiritual and moral suicide.”