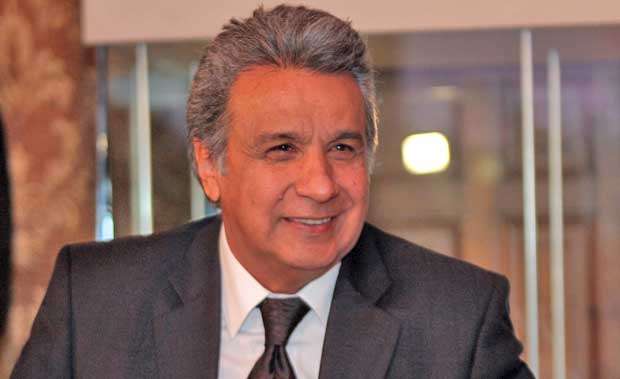 Recent reports that the Ecuadoran government has blocked internet / phone access and disallowed visitors to Wikileaks founder Julian Assange – who has been holed up in the Ecuadoran Embassy in London for five and a half years – point to the latest in a series of moves apparently generated by US pressure, in what seems to be a concerted attempt, along with its allies, to subject the controversial whistle-blower to punishment outside of any legal process. Assange has been confined to the

embassy building since he was granted political asylum by Ecuador in 2012.  His physical and mental health have reportedly suffered on account of his isolation, which has now been intensified by jamming his electronic communications.
According to reports, two months ago when Assange lost his bid to overturn the arrest warrant issued by UK authorities, the judge, maintaining that Assange had ‘restricted his own freedom,’ said that “in contrast to most prisoners he enjoyed access to a computer, mobile phone and the internet.” These are the very facilities that he is now deprived of, making his conditions even more like those of a sentenced prisoner.
Assange has never been charged. He fears that if he steps out of the embassy he will be arrested and extradited, eventually to the US, where he could be tried for espionage based on Wikileaks’ publication of thousands of classified US documents exposing shocking conducts of the US military in Iraq and Afghanistan. His lawyers have said he could face the death penalty there.
In a statement explaining its move, the Ecuadorean Government has said that “the conduct of Assange via his messages on social media puts at risk the good relations that Ecuador maintains with the United Kingdom, the European Union and other nations.”  The conduct in question is said to be Assange’s tweeting of his views on the Catalonian crisis.

“Assange has never been charged. He fears that if he steps out of the embassy he will be arrested and extradited, eventually to the US, where he could be tried for espionage based on Wikileaks’ publication”

In Ecuador’s 2017 presidential election in which current President Lenin Moreno took office, it was his conservative opponent who threatened to evict Assange, while Moreno had said he could stay, reports say.  It was Moreno’s government that granted Assange Ecuadorean citizenship in December, to provide him with ‘another layer of protection,’ and sought to give him diplomatic immunity. All of this would suggest that there has been recent outside pressure on Ecuador on this issue.
With Swedish prosecutors having last year formally dropped their investigation into rape allegations in Sweden, all that the UK authorities are left with to justify Assange’s arrest is the argument that he ‘skipped bail’ when he took refuge in the Ecuadorean embassy.  Now, recent revelations of email correspondence between Sweden’s prosecutors and Britain’s Crown Prosecution Service (CPS) have added credence to the view that Assange’s plight has more to do with mala fide intentions of those who wish to see him punished, than any pursuit of justice. It appears that the last four years of Assange’s imprisonment in the embassy have been entirely unnecessary.  “In fact, they depended on a legal charade” wrote Jonathan Cook in Counterpunch in February.

Cook reveals that Sweden actually wanted to drop the extradition case against Assange back in 2013. “Why was this not made public? Because Britain persuaded Sweden to pretend that they still wished to pursue the case” he said.
“According to a new, limited release of emails between officials, the Swedish director of public prosecutions, Marianne Ny, wrote to Britain’s Crown Prosecution Service on October 18, 2013, warning that Swedish law would not allow the case for extradition to be continued,” he wrote. Cook further said that the CPS destroyed most of the emails relating to this correspondence, contrary to CPS protocols, and that only fragments remain.
In 2016, a UN working group ruled that Assange was being arbitrarily detained by the governments of Sweden and UK, and that he was entitled to his freedom of movement, and to compensation. Both British and Swedish authorities disregarded the ruling, with the British Foreign Secretary reported as saying it was “frankly ridiculous.” 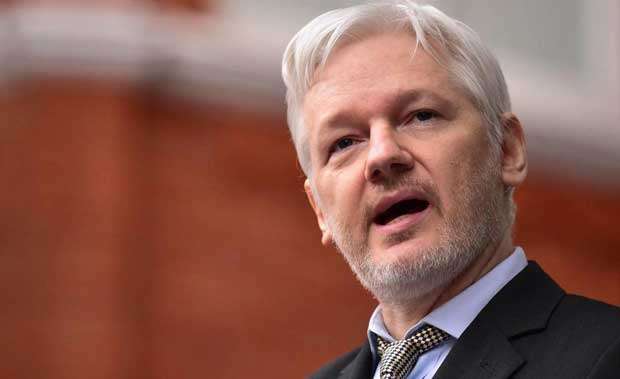 Following the announcement that Assange’s internet and phone access has been cut off, journalists, artists, intellectuals and high profile personalities including ex-CIA officials have rallied to his support, gathering outside the embassy and sending appeals to the Ecuadorean government to allow him his right to freedom of speech.
“His only ‘crime’ is that of a true journalist — telling the world the truths that people have a right to know” said a group that included American linguist and political theorist Noam Chomsky, Australian journalist/ film-maker John Pilger, Slovenian philosopher Slavoj Zizek and many other high profile figures.In an open letter published online they called on president Moreno to end the isolation of Assange, saying Ecuador’s government was justifying the gagging of Wikileaks’ publisher “under extreme pressure from Washington and its collaborators.”

“The conduct of Assange via his messages on social media puts at risk the good relations that Ecuador maintains with the UK, EU and other nations”

“This censorious attack on free speech is not happening in Turkey, Saudi Arabia or China; it is right in the heart of London… If the EU and the UK continue to participate in the scandalous silencing of a true dissident in their midst, it will mean that free speech is indeed dying in Europe,” they wrote.
Zizek in a separate article in Defend Democracy Press noted that “Ecuador is a small country, and one can only imagine the brutality behind-the-scenes pressure exerted on it by Western powers to increase the isolation of Julian Assange from the public space.”  He said Assange “is not spying on the people for those in power, he is spying on those in power for the people. This is why the only ones who can really help him now are we, the people.”
As Jonathan Cook asks:“One has to wonder at what point will most people realise that this is – and always was – political persecution masquerading as
law enforcement.”