Lawsuit blaming pesticides for bee deaths will go ahead 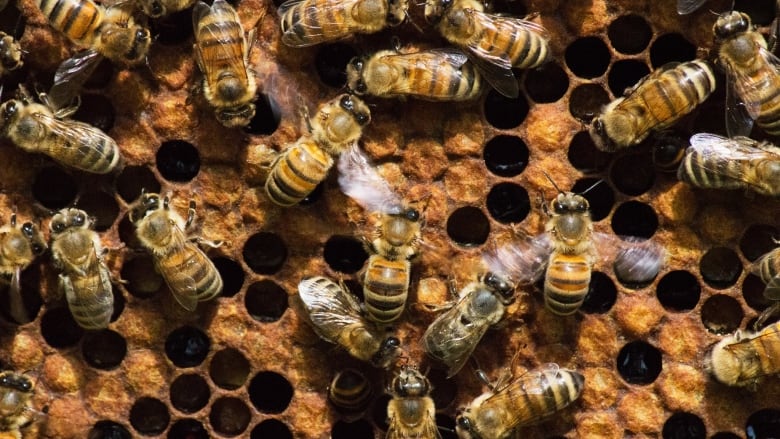 A lawsuit that blames pesticides for the collapse of bee populations will go ahead following a Federal Court ruling Thursday. (University of Guelph Honey Bee Research Centre)

Environmental groups say a Federal Court ruling will allow a lawsuit aimed at pesticides blamed for damaging bee populations to go to a full hearing.

They say the decision, released this morning, dismissed an appeal by the federal government and chemical companies to block the case against the commonly used pesticides.

Many studies have found the pesticides, commonly called neonics, are toxic to bees that pollinate many of Canada’s most important food crops.

The environmental groups say Health Canada has repeatedly licenced the chemicals despite never getting complete safety information on them from the manufacturers and they want the permits for the chemicals to be revoked.

Bee populations have been in serious decline since about 2006.

Neonics use is severely restricted in Europe and Health Canada has also recently proposed new restrictions.

(INSERT:  update – – see  Summary, NO, Health Canada DID NOT de-register the neonic imidacloprid)