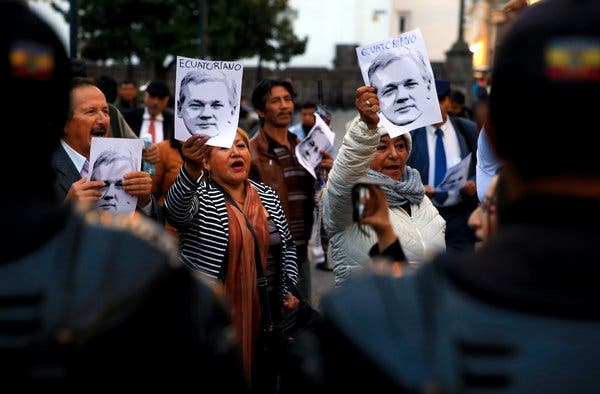 RELATED:    2018-12-06 Julian Assange rejects UK-Ecuador deal for him to leave the embassy, The Telegraph

The New York Times is reporting that President Trump’s former campaign chair Paul Manafort tried to negotiate a deal with Ecuador to hand over WikiLeaks founder Julian Assange to the United States. Manafort reportedly met with incoming Ecuadorean President Lenín Moreno in 2017 and discussed the possibility of turning in Assange—who has been holed up at the Ecuadorean Embassy in London for over six years—in exchange for debt relief and other concessions from the U.S.

Mr. Manafort made the trip mainly to see if he could broker a deal under which China would invest in Ecuador’s power system, possibly yielding a fat commission for Mr. Manafort.

But the talks turned to a diplomatic sticking point between the United States and Ecuador: the fate of the WikiLeaks founder Julian Assange.

In at least two meetings with Mr. Manafort, Mr. Moreno and his aides discussed their desire to rid themselves of Mr. Assange, who has been holed up in the Ecuadorean Embassy in London since 2012, in exchange for concessions like debt relief from the United States, according to three people familiar with the talks, the details of which have not been previously reported.

They said Mr. Manafort suggested he could help negotiate a deal for the handover of Mr. Assange to the United States, which has long investigated Mr. Assange for the disclosure of secret documents and which later filed charges against him that have not yet been made public.

Within a couple of days of Mr. Manafort’s final meeting in Quito, Robert S. Mueller III was appointed as the special counsel to investigate Russian interference in the 2016 election and related matters, and it quickly became clear that Mr. Manafort was a primary target. His talks with Ecuador ended without any deals.

There is no evidence that Mr. Manafort was working with — or even briefing — President Trump or other administration officials on his discussions with the Ecuadoreans about Mr. Assange. Nor is there any evidence that his brief involvement in the talks was motivated by concerns about the role that Mr. Assange and WikiLeaks played in facilitating the Russian effort to help Mr. Trump in the 2016 presidential election, or the investigation into possible coordination between Mr. Assange and Mr. Trump’s associates, which has become a focus for Mr. Mueller.

Mr. Manafort and WikiLeaks have both denied a recent report in The Guardian that Mr. Manafort visited Mr. Assange at the Ecuadorean Embassy in London in 2013, 2015 and 2016. 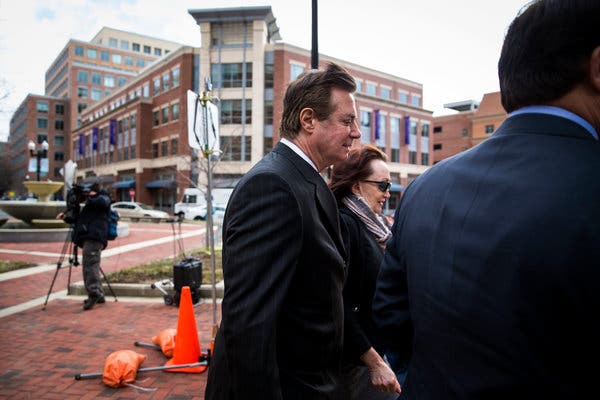 Paul Manafort is said to have suggested that he could help Ecuadorean officials negotiate a deal for the handover of Mr. Assange to the United States.CreditAl Drago for The New York Times