Rachel Fletcher: “It does not chime with people that the relationship between them and their water supplier is transactional.” 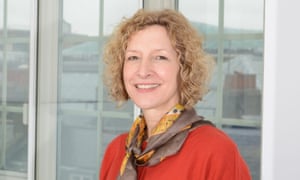 When a regulator looks at you unblinkingly and says she wants the companies she regulates to understand they are part of a social contract, you catch your breath. Yes, replies Rachel Fletcher, chief executive of water regulator Ofwat, as I press her about the term “social contract”. The news is “out there” even if not “fully baked”, she says.

Fletcher speaks deliberately, choosing her words with care in a slight Scottish burr. Water is “essential to life – not just another commodity,” she says. “It does not chime with people that the relationship between them and their water supplier is transactional.”

The water industry is at an inflexion point, she insists. Gone are the days when loopholes would allow a company like Thames Water, under its previous owners, to load up with debt, financially engineer high returns and route the resulting dividends through tax havens. The whole episode was a “wake-up call to the sector”, she says.

Ofwat has closed those loopholes and she argues that the water industry – including other big private names such as Severn Trent, United Utilities and Anglian Water – is in the throes of a makeover. Most, but not all, of its chief executives no longer see their role as simply running water through pipes, conforming with the letter of regulation if not the spirit and aiming to maximise short-term profits.

They “can and must play a broader role”, says Fletcher, and understand that they are part of a water system that must be curated as the foundational “natural capital” on which they depend, along with being integral parts of the communities they serve.

“Social contract”, “natural capital”, “serving communities” – these are not concepts any regulator in the wake of the Thatcherite privatisations would have promoted. That was a world in which private was good, public bad and all regulation light-touch. Fletcher acknowledges that whatever immediate gains there were after privatisation – leakage rates fell, for example – regulators then took their eye off the ball.

She wants to see the companies declare their business purpose in social-contract terms, putting the customer at the heart of what they do. An extraordinary 1.5 million people in aggregate were consulted one way or another – for example through youth panels, questionnaires and online forums – in the formulation of water companies’ business plans for 2020-25, which are now being reviewed. She calls for that clear purpose, reflecting the consumer interest, to be embedded in the companies’ culture and organisation.

Fletcher adds: “There are pockets of really good stuff – on the environment, bonuses, delivering to customers and community.” But it is not yet reaching every corner of the industry, she says.

Nor is this just trendy environmentalism or woolly communitarianism. She points out that the National Infrastructure Commission calculates that the cost of running emergency water supplies in 2050 will be £40bn a year, given the likely impact of climate change on the industry. Even in the next decade, water shortages are likely to become pressing. Three new towns are planned along the new Oxford-Cambridge corridor, where the population will expand by 3 million. Yet parts of eastern England are “drier than Israel”, says Fletcher. A way has to be found to ensure that the water-rich parts of the country are connected with the water-poor – yet today the privatised companies only trade 4% of their water elsewhere.

It is obvious that each water company responding individually makes no sense. Fletcher balks at going so far as creating a national water grid – at least for the moment. But there does need to be “a national framework” to ensure water can be moved to where it is needed – and the framework will depend on water companies accepting that preventing any part of the country suffering shortages is part of the social contract, just as much as keeping rivers clean or planting trees to ensure better run-off.

What of their shareholders, about to see surpluses deployed in this way? They understand too, Fletcher says. But she accepts she “still has a job to do to align interests of owners with what we are proposing for customers”.

She is not yet calling for water companies to write their purpose into their articles of association and establish themselves as public benefit companies (I declared an interest as co-chair of the Purposeful Company Taskforce, which advocates public benefit companies); rather, she wants a water company to hold itself to account as if it were one. Nor is she a promoter of stakeholder capitalism, although she recognises that everything she is pushing for comes under that label.

Meanwhile, the Labour Party’s plan for industry nationalisation sits in the background: the problem, she acknowledges, is that while most consumers register high trust in their local company, that trust is not transferred to the sector was a whole. That is what has to change, and quickly.

She is, though, a woman on a mission. Along with most people in the water industry, Fletcher claims she gets out of bed each morning to “make a difference”. Over the next five years we will see if she has succeeded.