Click on the  Listen button below.   A truly  inspirational man,  Benjamin Ferencz. 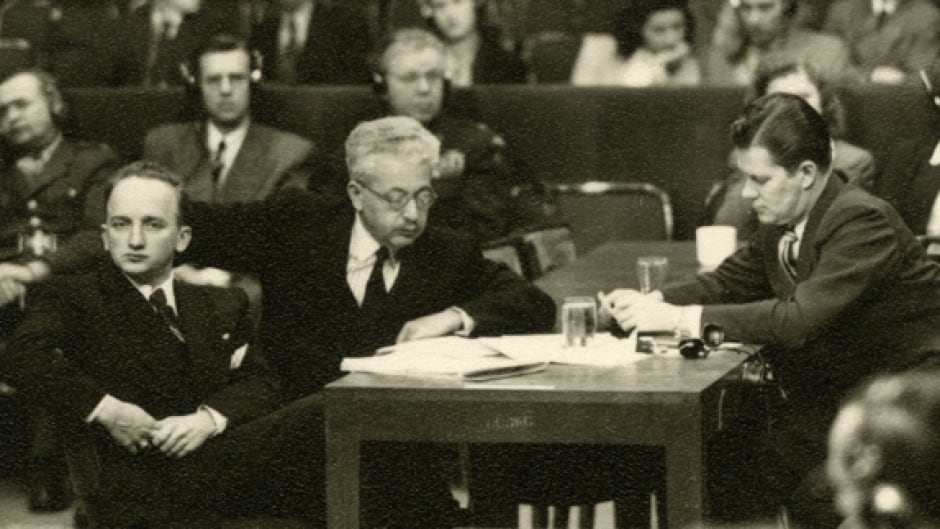 Benjamin Ferencz (L), was the chief prosecutor for the United States Army at the Einsatzgruppen trial — the ninth of 12 trials for war crimes in Nuremberg after the end of the Second World War. (Courtesy of Benjamin Ferencz)

At 97-years-old, the last-surviving Nuremberg prosecutor is still furious and fighting for peace.

“I have no rest. I have no vacations. I don’t know what holidays mean, because I’m so sure that what I’m doing is right that I just can’t stop doing it.”

In 1947, the American lawyer prosecuted his first case at Nuremberg, where he tried 22 members of the Einsatzgruppen Nazi death squads. He was only 27-years-old.

Ferencz says he leans on humour to cope.

“If you’re telling jokes, if you’re crying on the inside, you better be laughing on the outside. Or you’ll drown in tears,” he says.

After Ferencz fought in the Second World War, he was assigned to gather evidence from several concentration camps as they were being liberated. Seventy years later, what he saw is still fresh in his mind. 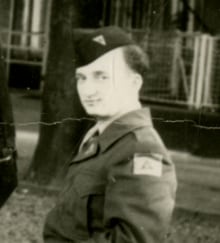 “The scenes are really indescribable to a rational human mind.”

“It’s something you don’t forget quickly, or ever. ” he says.

“And it has led to my determination that the real answer to the problem is to end war making. I know how difficult that is.”

Ferencz won his case in Nuremberg because of the overwhelming evidence, but he recalls it was “a grim day,” hearing the judge repeat sentences of death by hanging.

Related: The improbable story of the man who won history’s ‘biggest murder trial’ at Nuremberg

Since then, Ferencz has been advocating for peace, and played an instrumental role in developing the concept of the International Criminal Court. He says the court has not yet reached its full potential. 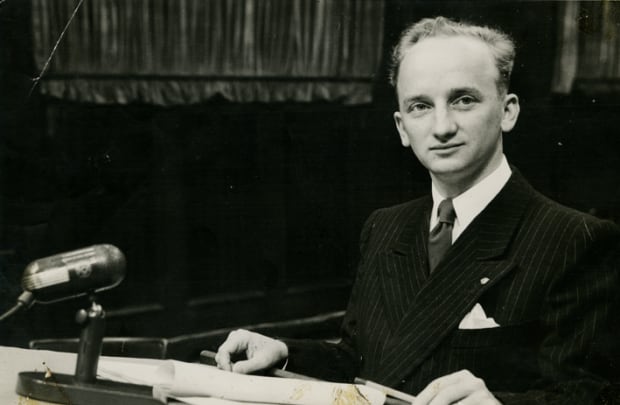 “I would hardly expect it to live up to the expectations in a relatively short period of time,” says Ferencz.

But, he tells Tremonti, he was pleased when asked by the court to deliver the closing remarks for the prosecution at the end of its first case.

“That was my second case,” he tells Tremonti.

“I was 92-years-old. So it takes a while for you to see progress. But it’s there. It’s slow, it’s heavy, it’s expensive, it’s difficult,” Ferencz remarks. 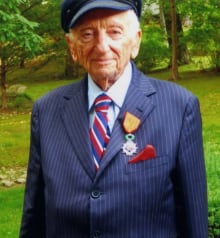 “But there has been, in my judgment, an awakening of the human conscience in the years that I have lived.”

Related: ‘It was as if I had peered into hell’

Ferencz says he’s worried about the waves of populism and nationalism growing around the world today.

“I am unhappy about the things that I think are going in the wrong direction,” he says.

Despite this, the former prosecutor remains optimistic.

“I’m confident that in the long run it will go in the right direction,” he proclaims.

“People can change when they realize the present path is a pathway to doom.”

This segment was produced by The Current’s Karin Marley.