A new course at Yale aims to give students the tools they need to build happy lives.

But a little help from a Yale professor — and roughly 1,200 eager classmates — probably doesn’t hurt.

Laurie Santos teaches Psychology and the Good Life course at Yale, a class designed to teach students how to be happy. She said that much of the anxiety she sees comes from being focused on things that don’t lead to happiness.

It could help students “overcome not just the kind of garden-variety depression and anxiety, but maybe even the bigger things too.”

But it’s not an overnight fix, she warned, students needs to put in the hard work it takes to be happy.

The course is so popular it has to be held in a room normally used for stadium-style concerts, attracting more than a quarter of the college’s entire undergraduate student body.

The course has all the usual Ivy-League requirements, she said, such as midterms, quizzes, research projects and a final paper on happiness research.

“We also have a different set of requirements that we jokingly refer to as their rewirements, and that’s because they’re there to rewire students habits.”

These are practical tasks — five a week — such as meditation or a random act of kindness.

“They sound a little cheesy but they’re based on real scientific work,” she said. 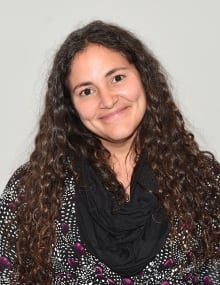 Laurie Santos said that often the things we think we need to be happy have the opposite effect. (Getty Images)

Take time for yourself: really focus on time affluence

“Often we wind up working too hard to get access to salary and money, and compromise our time but it turns out that because salaries aren’t making us as happy as we think, that might not be the best strategy out there.”

Take time to be mindful and grateful

“A short five to 10 minutes everyday where you meditate — or just sit down and write five things that you’re grateful for — those things don’t take a lot of time but can have really serious impacts on subjective well-being.”

Think about doing nice things for others

It turns out that the reason that money doesn’t have an impact on our happiness is because we often keep it for ourselves, Santos said.

“People who give money away, [or] donate to charity, volunteer their time — those are the folks that tend to be happier. And so the more nice things you can do for others, the more you’ll inadvertently end up increasing your happiness.”

“If you put in that intentional effort to do these kinds of practices, you’re just going to increase your subjective well-being.”

“That’s the goal of the rewirements: putting these habits into place that will lead to healthier outcomes down the line.”

Students keep track of these assignments on a mobile app, which allows them to build up a picture of their progress.

What makes us happy?

There are a lot of misconceptions about what makes us happy, Santos told The Current’s Anna Maria Tremonti. The science suggests that the things we chase — higher salaries, good grades — actually increase anxiety and reduce well-being.

To underline this point early in the course, Santos joked that everyone would get a D, which caused a kerfuffle not just among students, but parents and other staff members.

“I think it just shows we have a lot more work to do to convince people that even though your mind is telling you these goals are good, they might not be increasing happiness in the way you think.”

The course has caught people’s attention beyond the campus, Santos said. She gets emails from adults in all walks of life who want to adopt these techniques.

Yale has even made the course available online, bringing it to a global audience.

“I think a lot of the stresses we’re seeing on campuses are just a tiny microcosm of the sort of stresses we see all over the world, in our adult lives.”

“I’ve joked with the students that this is the hardest class at Yale,” Santos said.

“The research shows that you can’t just hear about these findings and automatically become happy.”

You have to put the work in, she added, which is the tough message.

“She likens it to learning to play the violin or learning an elite sport. You have to put the practice in.”

This segment was produced by The Current’s Karin Marley and Liz Hoath.