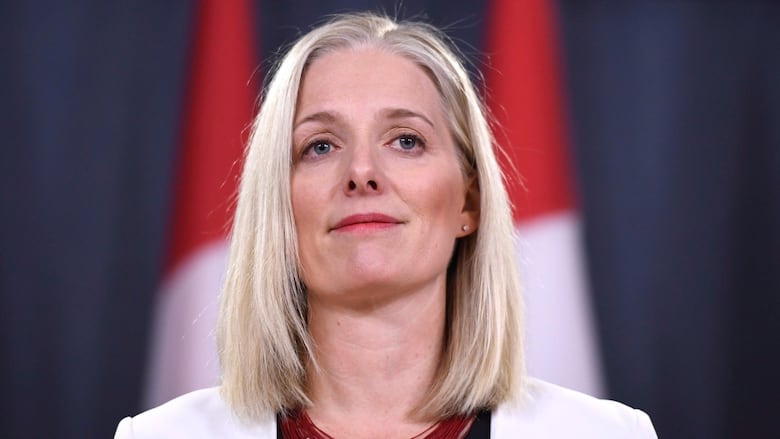 Minister of Environment and Climate Change Catherine McKenna says the Kinder Morgan pipeline can be part of the transition from fossil fuels to a low-carbon economy. (Justin Tang/Canadian Press)

Oil pipelines have been touted as nation-building projects in Canada, a term that evokes bold feats of nation-spanning infrastructure, such as the Canadian Pacific Railway or the St. Lawrence Seaway.

But pipeline proposals to connect Alberta’s oil sands with the British Columbia coast or Atlantic Canada have also done much to tear the nation apart. The now defunct Energy East and Northern Gateway pipeline proposals — and the Kinder Morgan Trans Mountain expansion project — pitted province against province, Canadians against Canadians.

Pipelines are just the most vivid example of how divisive energy and environmental policy can be in this country.

There does seem to be broad consensus in this country that climate change is real, that it’s a problem, and that governments should do something about it.

And the federal government has made commitments under the Paris Agreement on climate change to reduce its carbon emissions by 30 per cent below its 2005 levels by 2030.

The government is, however, well behind on meeting those targets. In fact, the only time in the past 30 years when Canada’s carbon emissions have gone down much to speak of was after the financial crash of 2008. And that was only because the economy shrank.

The government insists it will meet its commitments, in large part through the introduction of a carbon tax. And yes, carbon taxes are also plenty divisive, too. No one ever called a tax a nation-building project. 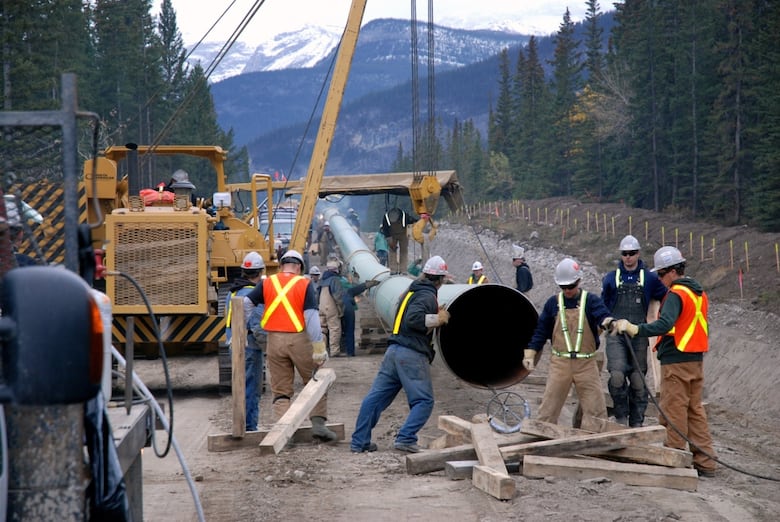 The Kinder Morgan Trans Mountain pipeline, which connects Alberta’s oil sands with the west coast of British Columbia, has been as example of how divisive energy and environmental policy can be in this country. (Trans Mountain)

At the same time, Justin Trudeau’s Liberal government is committed to seeing the Kinder Morgan Trans Mountain pipeline expansion from Edmonton to Burnaby, B.C. go ahead — over the fierce objections of British Columbia.

That pipeline would enable further expansion of the oil sands industry — at a time when the oil and gas sector is already the biggest source of carbon emissions in Canada, and the oil sands are the fastest-growing source of emissions.

Energy and environmental policy are not just divisive. They appear to be fundamentally at odds with each other, even as the Trudeau government argues that they’re mutually dependent.

Catherine McKenna is the federal Minister of Environment and Climate Change. She spoke to The Sunday Edition‘s Michael Enright about the contradictions at the heart of Canada’s energy policy.

Below are excerpts from their conversation.

The Federal Government is committed very much so to reducing emissions, at the same time as promoting the Alberta oil sands. The province of Alberta wants to double the expansion of the oil sands. Do you see the contradiction?

We are in a transition. So transitions don’t happen overnight. We know we need to be ambitious, but you need to get people on board and in the case of Alberta, you have a province that has taken really credible serious action while still trying to ensure that people have jobs. They’re making investments in a cleaner future. They understand they need to diversify the economy and they need to make sure that they’re bringing people along and they’re doing a very good job. And that’s the same in most provinces — we’re all working to figure this out together.

And we’re not the only country that’s doing this. Every country is trying to figure this out. Take a country like Germany that relies significantly on coal. The big discussion there is they’ve decided to get off nuclear. They’re relying on coal. How do they do that? Every country has their own challenges in a transition. But we all know we need to be doing this and you need Canadians to understand that we care greatly about climate change.That’s why we’re doing hard things, putting a price on what you don’t want — pollution — so you get what you do want — innovation. Lower emissions. Phasing out coal. Making sure we have cleaner fuels. Making sure that how we build is as energy efficient as possible. Making sure that people have clean transportation. At the same time making sure you’re doing this in a way that’s not going to cause economic dislocation and that you still have jobs in this transition. You’re figuring out what are the opportunities for workers of the future. 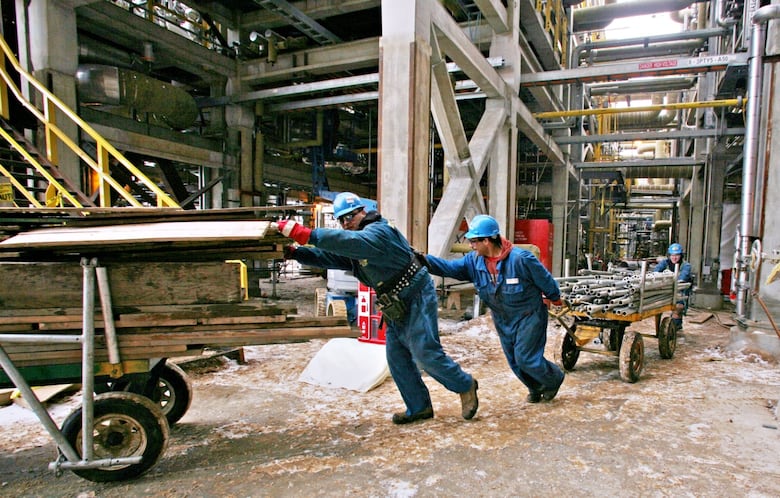 Saskatchewan has already said they’re not going to be part of a carbon pricing program.  If Doug Ford and his Tories win this spring’s Ontario election, he says he’s going to scrap Ontario’s plans for a carbon tax. If Jason Kennedy wins the Alberta election next year, he says he’s going to get rid of Alberta’s carbon tax. What are you prepared to do to bring the provinces into line?

So we spent a whole year negotiating a climate plan with provinces and territories and Indigenous peoples, and everyone understood that you have to have a credible plan. A lot of focus is on what is the federal government doing, but it’s actually what the provinces are doing.

Right now 80 per cent of Canadians live in a jurisdiction where there’s a price on pollution and it’s a clean economy incentive because it’s an incentive for the behaviour you want. You reduce emissions, you pay less. Businesses are good at figuring out solutions that will save them money. And so we’ve said that you need to have that measure in place.

And I mean, I think what’s very disappointing is that you had the Ontario (Progressive Conservative) leadership contenders that didn’t believe in taking action on climate change. All four of them. I mean, how is that possible? How was that responsible to us, to our kids and grand kids, just saying that, you know, it’s too expensive. It’s like a tax on future generations, not acting on climate change.

Why carbon taxes in the first place? Why not just regulate carbon emissions the way you would with every other pollutant — put limits on them and find the lawbreakers?

Because you need a variety of different tools. And it’s actually interesting because I speak a lot to conservatives who support putting a price on pollution because it doesn’t tell you how to do it. It just says, okay, we don’t want pollution and we want a clean incentive, so it fosters innovation. It’s the cheapest way of doing. For provinces, we’ve said do your own system; you figure out what you think is right. And in British Columbia they’ve been giving the revenues directly back to residents.

Just to be clear, though, it’s your position that we can do both. That even with oil sands production projected to double in the next decade, we can invest in long-term infrastructure to support a carbon-intensive industry and at the same time hit our emissions targets?

So I mean in this context we’re talking about this twinning of one pipeline. We’re talking about the Kinder Morgan pipeline, and people are still using fossil fuels. And we’re working with Alberta, and I’m very concerned right now that we’re at risk of losing our climate plan. You have two progressive NDP governments in Alberta and B.C. who are absolutely committed to climate action. But in one province they’re trying to figure out the transition and we might lose this climate plan weirdly because progressives are fighting.That’s not a good place to be, because on the other side, I have other folks — you can go visit my trolls on Twitter — attacking us for doing anything on climate change. And that’s where the role of the federal government is: to try to be calmer and try to figure out what is the path forward. Working with provinces and territories, working with cities who have been real leaders on climate action, working with businesses, working with environmentalists to figure out the way forward, to try to ratchet down the politics and the overheated rhetoric, which is completely unhelpful on on both sides. And get us to where we need to go, which is ensure a more sustainable future and also have a strong economy and good jobs.

The keyword that you’ve used about three or four times in our conversation is transition. ‘We’re going through a period of transition. Yes some people will get hurt. Some things will happen, but it won’t last.’

Transitions make people uncomfortable. We’ve gone through many many transitions. You know, the Stone Age didn’t end because we didn’t have stones. We just figured out a better way of doing things.

We have a way of moving to a cleaner future. And it’s a huge economic opportunity. And quite frankly, a huge risk if we don’t act. That’s why it’s really hard and you can see how hard it is because politicians think there’s a huge advantage by saying they’re not going to do anything on climate change. They say they care about people’s bottom lines.

The problem is the bottom line is going to mean that we’re going to have to spend more on reacting to impacts of climate change. And countries are going to leapfrog us. I spend time in China. I spend time in the European Union and across the globe. Everyone’s competing to be cleaner, to have the cleaner solutions, and those solutions will include solutions for cleaner production of oil and gas in the shorter term, for sure. 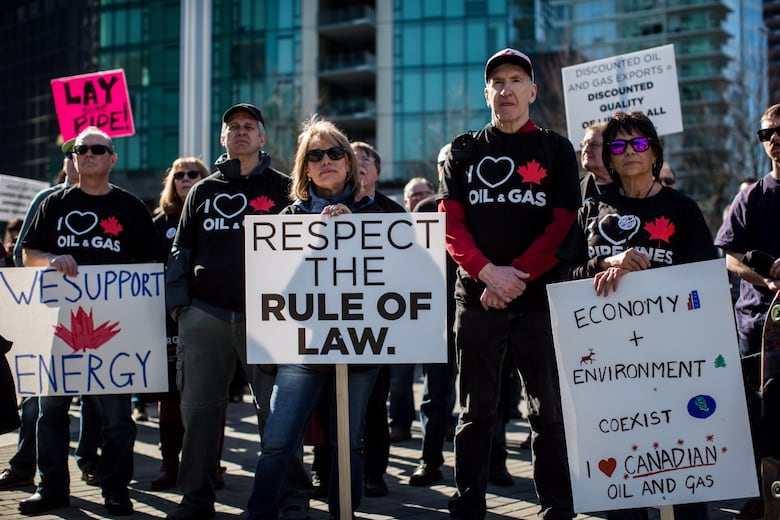 You have been around the world talking to people in China and India, trying to get them to fight climate change. And at the same time, we’re building pipelines to sell them bitumen, which it isn’t as dirty as coal but it’s worse than conventional oil. How do you reconcile that?

Whether or not it comes through our pipeline, people are still using fossil fuels. I know I’m repeating the transition piece, but we need to fund this transition.Canada standing alone and saying ‘okay, we’re going to take a stance, we’re not going to go ahead with this pipeline that was approved,’ that’s not going to change the world. What’s going to change the world is if we get Canadians on board so they understand that we need to put a price on pollution, that there’s a huge economic opportunity and that we’re going to take advantage of that. And that takes time.

And I worry that we’re going to lose the opportunity if we’re not focused and we just put all our attention on one project. We’ve got to change the world, and the world is changing. Who would have thought that we would be talking about the end of the internal combustion engine? That we won’t be using gas in cars? We are moving — it’s moving really really quickly. Everyone’s part of this, and I think we just have to make sure everyone feels part of this.

Catherine McKenna’s comments have been edited and condensed. Click ‘listen’ above to hear the full interview.