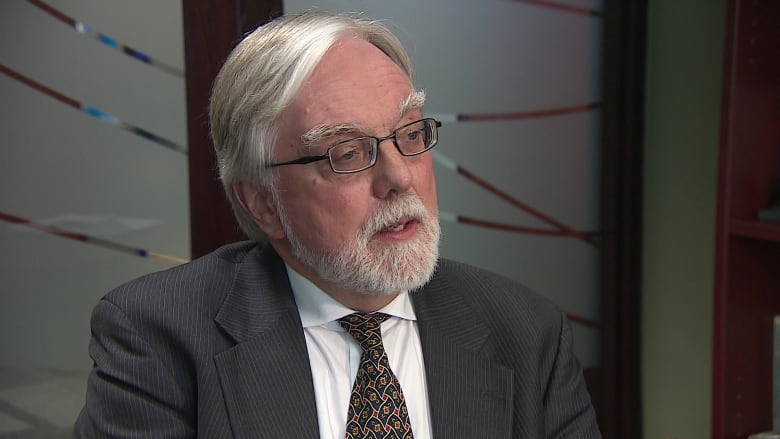 Jeremy Rayner, director of the Johnson Shoyama Graduate School of Public Policy at the U of S, defended the work of Prof. Peter Phillips and his ties to Monsanto, saying such ties are ‘inevitable’ in his field. (CBC)

A senior University of Saskatchewan official says there’s nothing wrong with the ties between its professor and agribusiness giant Monsanto, but some current and former faculty disagree, saying it’s another example of growing corporate influence at the U of S and other Canadian universities.

“I’m horrified because it does seem to be getting worse,” said U of S education professor Howard Woodhouse, who authored a book about academic freedom and corporate connections. “There is a real problem here.”

But Jeremy Rayner, director of the university’s Johnson Shoyama Graduate School of Public Policy, defended Peter Phillips. Phillips is a “distinguished professor” within the public policy school who has played a part in bringing more than $150 million in grants to the U of S, Rayner said.

“We encourage our faculty to translate their knowledge into policy arenas. That’s exactly what Prof. Phillips has done,” said Rayner.

An American researcher obtained more than 700 pages of emails and other documents and recently shared them with CBC News.

According to the documents, Monsanto edited U of S articles with no public mention of the corporation’s role. As well, the documents indicate the company’s executives oversaw the guest list and content of a U of S symposium.

Rayner said a review was conducted in 2015 which showed Phillips had not contravened any ethics rules. He said Monsanto never paid Phillips, and there’s no indication Phillips worked for any agenda other than his own.

It’s inevitable Phillips would work with Monsanto “as the corporation that dominates this particular area [of research],” Rayner said.

He also said universities can no longer work in isolation.

“Universities are increasingly asked to … come down out of the ivory tower to work with partners, whether they be government, industry, civil society,” Rayner said.

“But we understand that real-world policy debates are messy.”

Gary Ruskin of U.S. Right to Know, the researcher who provided the emails and documents, said the U of S and Phillips were acting like “sock puppets” for Monsanto.

Steven Lewis, a Simon Fraser University adjunct professor based in Saskatoon, said Phillips is a credible academic but the situation was “smelly” and would make ethicists “queasy.”

Woodhouse, meanwhile, said corporate influence in universities has worsened since the 2009 publication of his book Selling Out: Academic Freedom and the Corporate Market.

Woodhouse agrees it’s tempting for professors and administrators to seek out any sources of funding they can in light of government cutbacks. However, he said it’s defeatist to say that the “real world” demands such close relationships with for-profit corporations.

“There are alternatives,” he said.

Former University of Saskatchewan law professor Doug Schmeiser said it’s good for academics to communicate with outside groups, but allowing Monsanto to edit your work is another matter.

Schmeiser, whose brother Percy engaged in a high-profile lawsuit against the corporation, said research ethics are increasingly compromised by the frantic search for grant money.

University of Saskatchewan Faculty Association chair Len Findlay declined to speak about Phillips’s case directly, but agreed corporate and government influence at the U of S is a growing concern.

Findlay said it’s “rubbish” to argue that corporate partnerships are inevitable. They should be treated with skepticism, he said.

“Corporations are responsible to their shareholders. Universities are not businesses,” Findlay said.

“Theirs is a uniquely permissive social contract with citizens in a democracy — a trust relationship that dare not betray the public trust to advance a private interest.”