U.S. Attorney’s Office in New York charges four men on grounds of wire fraud and money laundering conspiracy, connected to tax haven use, leaving three arrested and one at large. 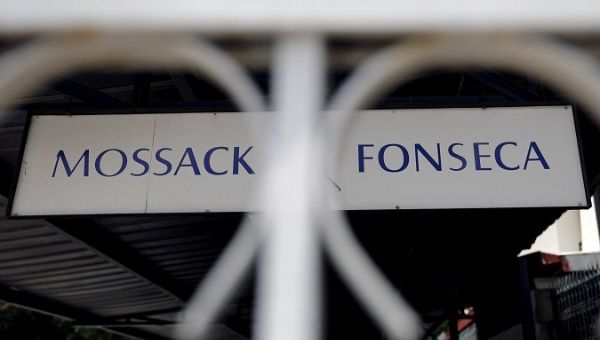 On Tuesday, the U.S. Attorney’s Office of the Southern District of New York charged four people for taking part in a scheme, similar to the infamous ‘Panama Papers,’ which, over several decades, managed to evade taxes in the United States. This marks the first criminal case involving tax havens in the United States.

“As alleged, these defendants went to extraordinary lengths to circumvent U.S. tax laws in order to maintain their wealth and the wealth of their clients,” and they “shuffled millions of dollars through offshore accounts and created shell companies to hide fortunes,” the Manhattan Attorney Geoffrey Berman, said, regarding the charges.

Three individuals have been arrested, while the fourth remains at large. The most serious charges for these men, wire fraud and money laundering conspiracy, carry a maximum sentence of 20 years.

Ramses Owen and Dirk Bauer are said to have “conspired to help [Monseca’s] clients” conceal assets as well as income and investments in off-shore banks. The scheme was carried out by setting up a fake foundation and shell companies, under Panama, Hong Kong and British island law.

Harald Joachim von Der Goltz, one of the three arrested, is one of the clients who benefited from such tax evasion schemes. Von Der Goltz, with the help of Owen and Bauer, set up shell companies with fake bank accounts under the name of his mother, a Guatemalan citizen who was not obliged to pay taxes in the United States.

‘Panama Papers’ refers to the 2016 document leaks of Panama-based law firm Mossack Fonseca, a company through which Owen and Bauer serviced clients, documents that linked hundreds of individuals and corporations to hidden tax activities.

In 2015, an unknown source leaked more than 11.5 million documents containing information for more than 214,488 offshore entities around the world. Prior to that, offshore banking received little attention. The documents were given to a German newspaper, before being passed on to the International Consortium of Investigative Journalists (ICIJ) to process and disseminate.

In the specific case of Panama, the country began to open its doors to the activity in 2009 when Standard Oil started registering ships on the isthmus nation in order to avoid heavy taxes and regulations in the United States. Many different types of businessmen and businesses, from all over the world, followed suit in later decades. The group included drug-cartels, dictators, like Augusto Pinochet and Ferdinand Marcos, among many others.

But, it was in the 1970s – with the boom of petrol and the growth of oil prices – that Panamanian authorities saw and harnessed the potential to amass the wealth generated by offshore finance afforded by tax havens. The trend spurred the implementation of strict laws to protect corporate and individual financial secrecy, with their corresponding confidentiality regulations.

The key component of the law is a veil of secrecy over finance: the names of clients went unregistered in the public domain.

A haven is a place with little to zero tax imposition is designed for foreign capital, which attracts wealth-seekers to stash capital or investment to circumvent paying taxes in their respective countries.

An individual or company which uses tax havens will create a “shell company,” that is, a company which exists only on paper, holds no assets of its own, has no employees, but generally has a bank account and serves to support business transactions in anonymity. The shell company allows for the source of capital to be hidden from the public domain.

The ‘veil of secrecy’ helps to protect legal and illegal transactions. Since secrecy regulations do not limit the origins, licit or illicit, of any capital. In general, independently of the origin of the money, tax havens are widely criticized for diminishing resources from an economy’s tax-base which could be used to fund public policy, particularly in resource-strapped developing countries.

According to a study conducted by Forbes in 2017, nearly 10 percent of the world’s gross domestic product (GDP) is held in tax havens or offshore banks, a figure which is on the rise.

Tax havens are not a third world problem, they also operate in the heart of the world’s capitalist centers, such as the United States and the United Kingdom.