Documents reveal ‘cosy’ relationship between the government, the banking industry and its watchdog 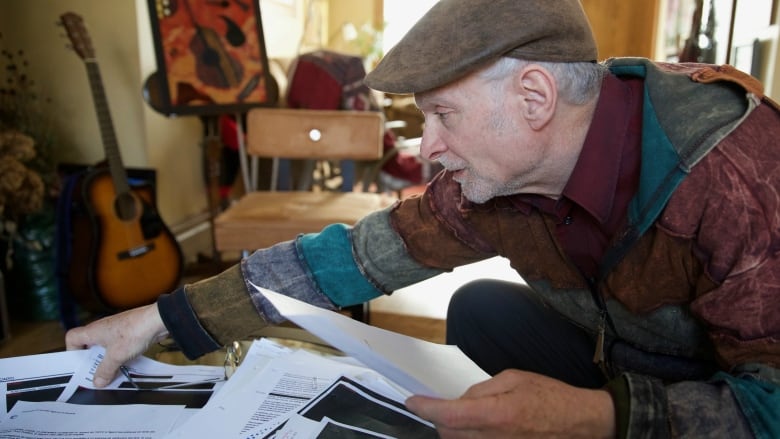 Last year’s report from Canada’s banking regulator about aggressive sales tactics underwent several drafts that eliminated proposed protections for consumers — edits that were made after the regulator sent early versions to the federal Finance Department and the big banks.

Internal documents from the Financial Consumer Agency of Canada (FCAC) — obtained under Access to Information and provided to Go Public — show that some recommendations for action were weakened or removed, including a proposal to require that banks work in the best interest of consumers.

Another key edit was the addition of a line saying the review did not find “widespread mis-selling” by the banks.

It all paints a picture of the “cosy” relationship between the country’s six big banks, the agency that’s supposed to regulate them and the federal government, said Paul Thomas, professor emeritus of political studies at the University of Manitoba. Political scientist Paul Thomas says the banks are ‘well-heeled, well-connected and have a traditional working partnership with the government of the day.’ (Jaison Empson/CBC)

The report was prompted in part by months of reporting by Go Public, in which hundreds of current and former bank employees said they were pushed to upsell customers to try to meet sales targets.

Some described feeling pressured to do such things as mislead customers about credit card fees and mortgage rates, forge signatures on credit card and loan insurance products and secretly increase lines of credit.

At the time, the banks told Go Public that they act in the best interests of their clients, and that employees are expected to follow various codes of conduct.

‘More to it than meets the eye’

The documents were obtained through Access to Information by public policy researcher Ken Rubin, who asked for draft copies of FCAC’s report on sales practices at the big banks, and related correspondence.

It found that banks encourage employees to sell products and services and reward them for sales success. But FCAC also said it did not find evidence of widespread harm to consumers.

Although FCAC staff interviewed 600 bank employees, and reviewed more than 100,000 pages of documents and 4,500 customer complaints, the report did not name a single bank or quote from any of the interviews.

“When I saw the March [2018] report, I said, ‘There’s more to it than meets the eye,'” said Rubin, one of Canada’s most prolific practitioners of federal Access to Information requests.

Thomas found it particularly interesting that the regulator sent a draft of its report to the very banks at the centre of its eight-month review.

“[The banks] have greater power, more influence than other actors in the policy field of banking,” he said. “It’s a fact of life.”

Sending the banks a draft copy is a big concern for consumer advocate Duff Conacher.

“You don’t share … the evidence you gathered,” said the co-founder of Democracy Watch and adjunct professor of law at the University of Ottawa. “That evidence is the basis of your conclusions as to whether the law has been violated.” 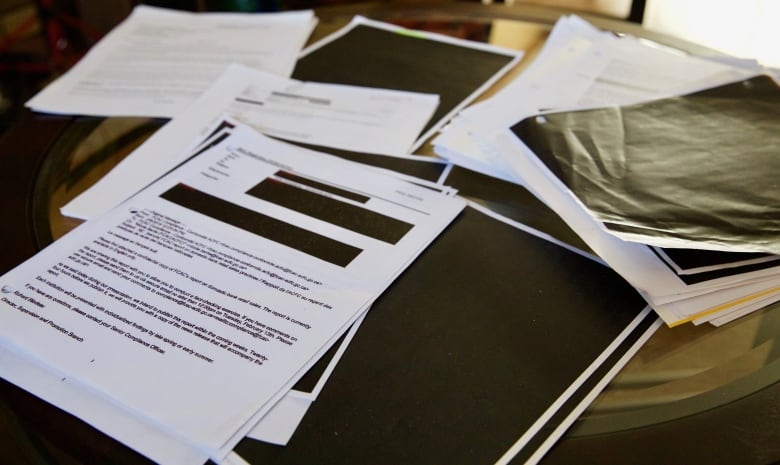 More than half the pages of a draft of the report obtained via Access to Information had words or entire sections redacted. (Andrew Lee/CBC)

The banking regulator told Go Public it sent the banks a draft report so the financial institutions could “identify factual errors.”

“If the agency wanted to check the facts in the report … they could have just sent them those facts,” Conacher said.

In a subsequent draft, a line was added pointing out that banks are “in the process of enhancing their oversight and management of sales practices risk.” It’s not known who proposed adding that line.

Go Public asked the Canadian Bankers Association (CBA) whether it requested a draft copy of the report.

CBA spokesperson Mathieu Labreche sent an email that did not respond to that question, writing, “The Canadian Bankers Association and its member banks regularly communicate and meet with supervisory bodies, including the Financial Consumer Agency of Canada, as part of the normal course of the oversight process.”

The internal documents also include dozens of pages from the big banks, which appear to be responses to the regulator’s draft report.

Go Public is not able to know their contents — including the date they were written, or who wrote them — because entire pages were redacted under an Access to Information exemption that protects commercial interests.

The documents also reveal that the banking regulator supplied a draft to Finance Minister Bill Morneau and his department three months before publicly releasing it last year. 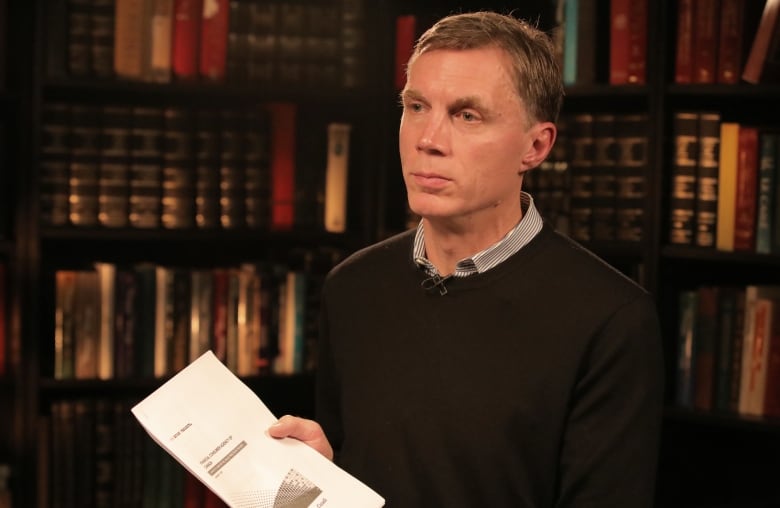 Democracy Watch co-founder Duff Conacher says the finance minister should not be given the opportunity to provide input on the banking regulator’s findings before they are released to the public. (David Richard/CBC)

Conacher says the regulator, purportedly an independent agency, should not have given the minister and his department a chance to vet and comment on its report.

“It’s inappropriate and improper for a minister to be looking at the draft conclusions of a law enforcement agency,” he told Go Public. “That means decisions could be made on the basis of politics, not on the basis of the facts and the law.”

One of the most significant edits to the initial draft that was sent to the finance minister was the addition of a finding on Page 1 that says, “FCAC did not find widespread mis-selling during its review.”

“The language seems to belie the rest of the report, which goes into some detail about how sales practices — which are a little unseemly — can be performed.” 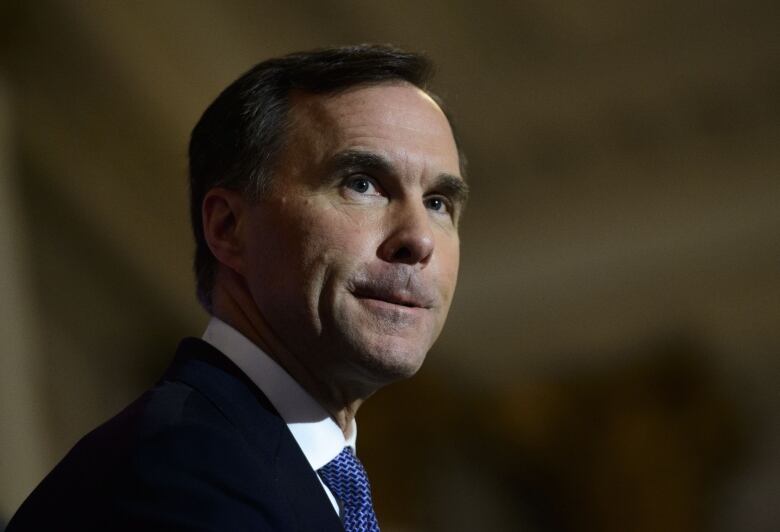 Finance Minister Bill Morneau’s office received a draft of FCAC’s report three months before it was released to the public. (Sean Kilpatrick/Canadian Press)

Go Public requested an interview with Morneau, but his spokesperson, Pierre-Olivier Herbert, said the minister was unavailable.

In a statement, Herbert did not respond to Conacher’s criticism that it ought to be considered inappropriate for the minister to receive a draft report from the banking regulator.

A Finance Department spokesperson said it is routine for financial sector agencies to share documents for comment and to confirm facts.

Go Public received various versions of the banking regulator’s report, including several versions of the original draft, a revised copy after it went to the finance minister, and the final report.

Sentences, recommendations or conclusions are redacted in several drafts, based on an exemption in Canada’s Access to Information Act that allows the head of a government institution to refuse to disclose any advice involving the institution or a federal cabinet minister.

The exemption applies to advice or recommendations that occur at a ministerial level, essentially to allow confidentiality in the policy-making process.

Go Public asked the minister about additions made after he had received a copy.

In an email, Morneau’s spokesperson wrote, “the Minister’s office did not provide comments or request any edits to the FCAC’s report. The findings in the FCAC’s report are entirely their own.”

However, the documents indicate that Morneau’s department made at least six comments on the first draft of the report, including about changing parts that say the regulator will introduce certain reforms to the regulator “proposes” them.

Most of the comments from the department are redacted.

“The biggest thing is there were three recommendations saying banks should be ‘required’ to make changes,” Conacher said. “And those were all changed to ‘suggestions’ that the banks should do some things.

“Suggestions are meaningless, if you’re actually trying to solve a problem. The banks don’t have to do anything.”

The whole process is submerged. It’s not transparent

– Paul Thomas, professor emeritus of political studies at the University of Manitoba

The draft sent to the minister’s office included a line saying, “Require banks to work in the best interests of their customers.” The line didn’t make the final version of the report.

Some other language that was critical of the banks — such as a line saying that banks “lean disproportionately in favour of a sales driven culture” — was also dropped before the report was published.

Go Public checked the lobbyist registry to see how many times the banks or their umbrella group, the CBA, lobbied government officials, senators, MPs — including Morneau — the Office of the Superintendent of Financial Institutions and FCAC during the 12-month period between when the regulator announced it was conducting a bank review and the date it released its report.

In the month leading up to the release of FCAC’s report, the CBA met with the regulator’s deputy commissioner, Brigitte Goulard, four times — including the day before the report was published.

Lobbying is legal, but those who do significant amounts of it are required to file a record with the lobbying commissioner, who then makes the information public online. 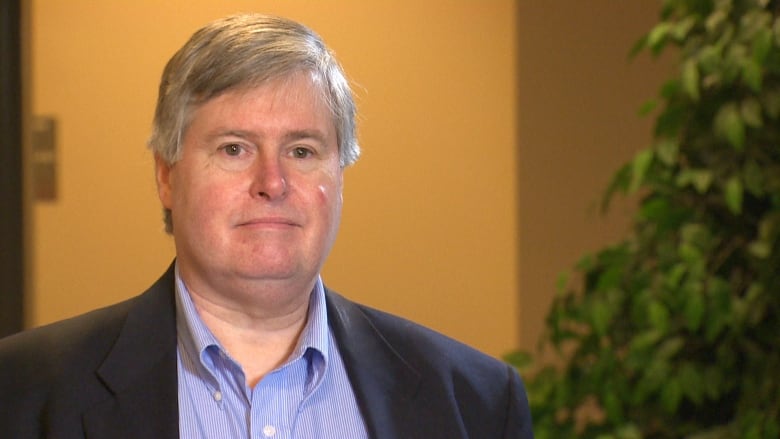 “The banks — because they’re an important economic asset to the country — have to be listened to,” said the University of Manitoba’s Paul Thomas. “They have greater power, more influence than other actors in the policy field of banking. It’s a fact of life.”

As a comparison, Go Public asked four consumer advocacy organizations how many times they had the ear of lawmakers and banking watchdogs during the same period.

In total, they had fewer than 10 meetings with policy-makers and FCAC to discuss the sales practices of banks, they said.

“It’s extremely concerning to us, of course, that consumer groups are not more meaningfully supported to participate in these important conversations,” wrote Ken Whitehurst, executive director of the Consumers Council of Canada.

“The council continues to have serious concerns about the resources available to facilitate meaningful consumer representation at not only FCAC but across government concerning consumer protection.”

Thomas says after combing through the various versions of the bank regulator’s report, the relationship between the banks, the government and the banking regulator can be difficult to figure out.

“The whole process is submerged. It’s not transparent,” he said.

“If it hadn’t been for Access to Information requests, we wouldn’t know the extent to which the banks were given a certain privileged status in this process.” 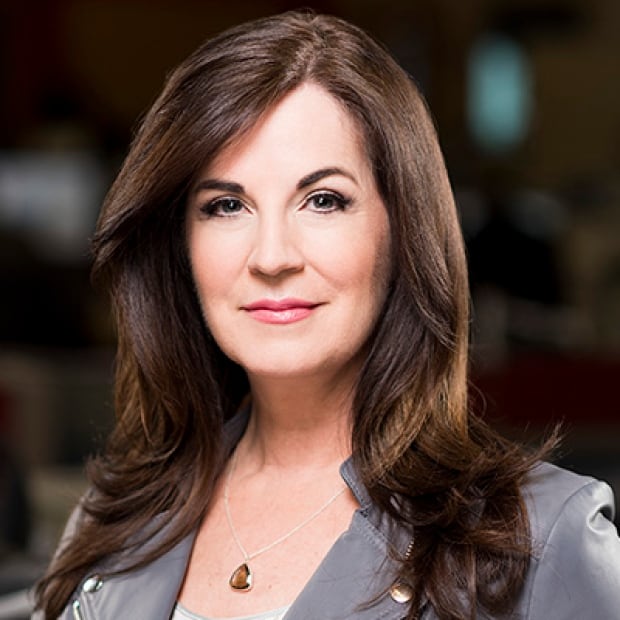 Erica Johnson is an award-winning investigative journalist. She hosted CBC’s consumer program Marketplace for 15 years, investigating everything from dirty hospitals to fraudulent financial advisors. As co-host of the CBC news segment Go Public, Erica continues to expose wrongdoing and hold corporations and governments to account.