Fossil fuel divestment  Keep it in the ground 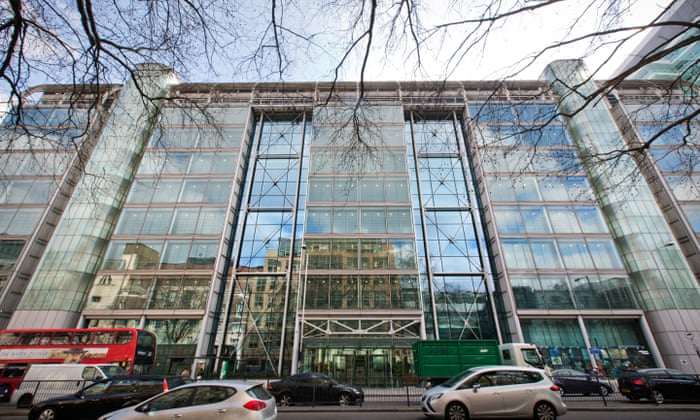 The Wellcome Trust’s investments in fossil fuel companies have lost an estimated £175m in the last year, due to sharp falls in share prices. Research by the Guardian shows the medical charity has sold off two-thirds of its holding in Shell but also increased its investment in the fastest falling of its stocks, mining giant BHP Billiton, by 8%.

The Wellcome Trust is the world’s second-biggest non-governmental funder of medical research but has been the focus of a Guardian campaign asking the Trust to sell its fossil fuel investments, which today stand at an estimated £370m.

The Wellcome Trust invests in four major fossil fuel companies, all of which have seen large falls in their share prices

Current fossil fuel reserves are already several times greater than could be burned while keeping below the internationally agreed target of 2C of global warming. But coal, oil and gas companies continue to explore for new reserves. The Keep it in the Ground campaign argues that financing such companies is inconsistent for an organisation dedicated to improving health, given that a recent landmark report concluded climate change threatens to undermine half a century of progress in global health.

The Wellcome Trust – which funds a range of research into diseases such as cancer, malaria and Ebola – invests in four major fossil fuel companies, all of which have seen large falls in their share prices in the last year. BHP Billiton’s share price slid by 45%, Shell’s by 30%, Rio Tinto’s by 29% and BP by 21%.

Bill McKibben, founder of the global fossil fuel divestment campaign which has seen companies, universities, churches, cities and philanthropic organisations around the world divest, said the Wellcome Trust’s failure to divest from fossil fuels meant it had lost money that could have funded its programmes.

“It’s sad that the Wellcome Trust is fine with drilling the Arctic and building vast new coal mines; and it’s sad, too, that their ability to finance their fine work suffers from this myopia,” said McKibben. “I’m sure they’ll wise up eventually, but for the sake of the planet one hopes it happens sooner rather than later.”

A Wellcome Trust spokeswoman said: “The range of individuals and organisations working to improve human health is wide and it would be surprising if this community did not contain a diversity of opinion about how best to reduce carbon emissions. The Wellcome Trust believes that engagement with the small number of energy companies in which we invest gives us the best opportunity to contribute to change, but we understand and respect the views of those who disagree.”

Join us in asking the Gates Foundation and Wellcome Trust to commit now to divesting from the top 200 fossil fuel companies within five years and to immediately freeze any new investments in those companies.   (Go to the URL:   http://www.theguardian.com/environment/2015/aug/20/wellcome-trust-loses-millions-as-its-fossil-fuel-investments-plunge-in-value?CMP=EMCNEWEML6619I2)

The Guardian’s research reveals that the Wellcome Trust sold off two-thirds of its shareholding in Shell, reducing its investment to £53m today, according to share register data filed on 1 June. Shell has the 8th largest oil and gas reserves of any publicly traded company in the world. It is actively exploring the Arctic for oil and gas and operates in Canada’s tar sands, both of which scientists say are incompatible with dealing with climate change.

But Wellcome increased its holding in BHP Billiton by 8.3%, according to a filing on 1 June, making Wellcome’s stake worth £90m today. BHP’s coal reserves are the 6th largest of any public company. When burned, the carbon emissions would be equivalent to the annual emissions of the US, European Union, India and Russia combined.