Corporatocracy or Democracy? » Non-Violent Resistance » 2018-08-22 Change the world, not yourself, or how Arendt called out Thoreau – – from Aeon. By Katie Fitzpatrick

The rebel. dismissed as impractical and zealous, is chronically misunderstood.  Those cursed with timidity, fear, or blindness and those who are slaves to opportunism call for moderation and patience.  They distort the language of religion, spirituality, compromise, generosity, and compassion to justify cooperation with systems of power that are bent on our destruction.  The rebel is deaf to these critiques.  The rebel hears only his or her inner voice, which demands steadfast defiance.

Katie Fitzpatrick  is a writer, editor, and university lecturer based in Vancouver, Canada. She has a PhD in English from Brown University, and serves as a humanities editor for the LA Review of Books. During the 2018/2019 academic year, she will be teaching first-year reading and writing in the coordinated arts programme at the University of British Columbia.
= = = = = = = = = = = =
The article speaks well for the author, and for Aeon.   Thanks to Hart for drawing to attention:
https://aeon.co/ideas/change-the-world-not-yourself-or-how-arendt-called-out-thoreau 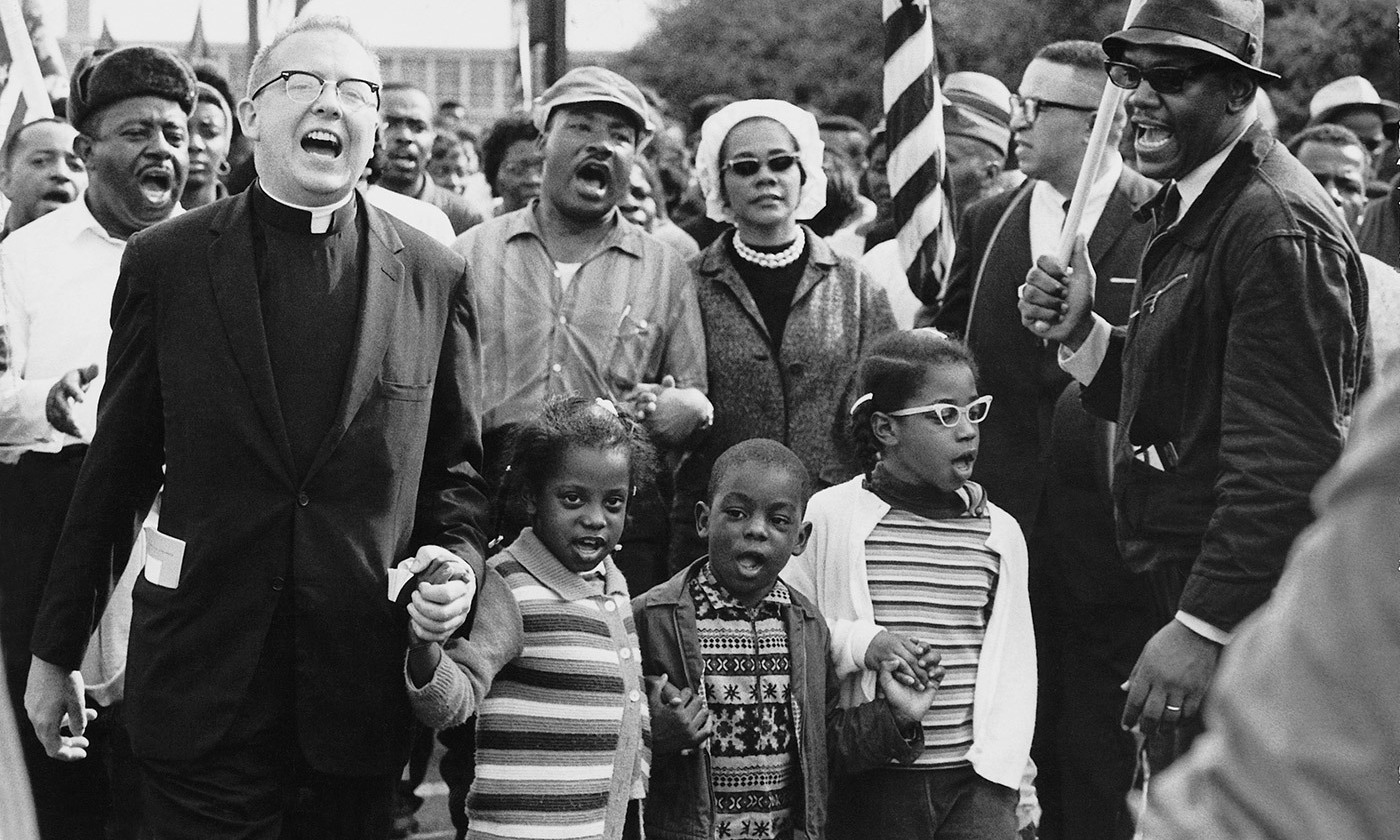 It is not often that a neighbourhood squabble is remembered as a world-historical event. In the summer of 1846, Henry David Thoreau spent a single night in jail in Concord, Massachusetts after refusing to submit his poll tax to the local constable. This minor act of defiance would later be immortalised in Thoreau’s essay ‘On the Duty of Civil Disobedience’ (1849). There, he explains that he had been unwilling to provide material support to a federal government that perpetuated mass injustice – in particular, slavery and the Mexican-American war. While the essay went largely unread in his own lifetime, Thoreau’s theory of civil disobedience would later inspire many of the world’s greatest political thinkers, from Leo Tolstoy and Gandhi to Martin Luther King.

Yet his theory of dissent would have its dissenters, too. The political theorist Hannah Arendt wrote an essay on ‘Civil Disobedience’, published in The New Yorker magazine in September 1970. Thoreau, she argued, was no civil disobedient. In fact, she insisted that his whole moral philosophy was anathema to the collective spirit that ought to guide acts of public refusal. How could the great luminary of civil disobedience be charged with misunderstanding it so profoundly?

Thoreau’s essay offers a forceful critique of state authority and an uncompromising defence of the individual conscience. In Walden (1854), he argued that each man should follow his own individual ‘genius’ rather than social convention, and in ‘On the Duty of Civil Disobedience’ he insists that we should follow our own moral convictions rather than the laws of the land. The citizen, he suggests, must never ‘for a moment, or in the least degree, resign his conscience to the legislation’. For Thoreau, this prescription holds even when the laws are produced through democratic elections and referenda. Indeed, for him, democratic participation only degrades our moral character. When we cast a ballot, he explains, we vote for a principle that we believe is right, but at the same time, assert our willingness to recognise whatever principle – be it right or wrong – the majority favours. In this way, we elevate popular opinion over moral rectitude. Because he places so much stock in his own conscience, and so little in either state authority or democratic opinion, Thoreau believed that he was bound to disobey any law that ran counter to his own convictions. His theory of civil disobedience is grounded in that belief.

Thoreau’s decision to withhold his financial support for the federal government of 1846 was, no doubt, a righteous one. And the theory that inspired that action would go on to inspire many more righteous acts of disobedience. Yet despite these remarkable successes, Arendt argues that Thoreau’s theory was misguided. In particular, she insists that he was wrong to ground civil disobedience in the individual conscience. First, and most simply, she points out that conscience is too subjective a category to justify political action. Leftists who protest the treatment of refugees at the hands of US immigration officers are motivated by conscience, but so was Kim Davis – the conservative county clerk in Kentucky who in 2015 denied marriage licences to same-sex couples. Conscience alone can be used to justify all types of political beliefs and so provides no guarantee of moral action.

Second, Arendt makes the more complex argument that, even when it is morally unimpeachable, conscience is ‘unpolitical’; that is, it encourages us to focus on our own moral purity rather than the collective actions that might bring about real change. Crucially, in calling conscience ‘unpolitical’, Arendt does not mean that it is useless. In fact, she believed that the voice of conscience was often vitally important. In her book Eichmann in Jerusalem (1963), for example, she argues that it was the Nazi officer Adolf Eichmann’s lack of ethical introspection that enabled his participation in the unimaginable evils of the Holocaust. Arendt knew from the experience of Fascism that conscience could prevent subjects from actively advancing profound injustice, but she saw that as a kind of moral bare minimum. The rules of conscience, she argues, ‘do not say what to do; they say what not to do’. In other words: personal conscience can sometimes prevent us from aiding and abetting evil but it does not require us to undertake positive political action to bring about justice.

Thoreau would likely accept the charge that his theory of civil disobedience told men only ‘what not to do’, as he did not believe it was the responsibility of individuals to actively improve the world. ‘It is not a man’s duty, as a matter of course,’ he writes, ‘to devote himself to the eradication of any, even to the most enormous, wrong; he may still properly have other concerns to engage him; but it is his duty, at least, to wash his hands of it…’ Arendt would agree that it is better to abstain from injustice than to participate in it, but she worries that Thoreau’s philosophy might make us complacent about any evil that we aren’t personally complicit in. Because Thoreauvian civil disobedience is so focused on the personal conscience and not, as Arendt puts it, on ‘the world where the wrong is committed’, it risks prioritising individual moral purity over the creation of a more just society.

Perhaps the most striking difference between Thoreau and Arendt is that, while he sees disobedience as necessarily individual, she sees it as, by definition, collective.

Arendt argues that for an act of law-breaking to count as civil disobedience it must be performed openly and publicly (put simply: if you break the law in private, you’re committing a crime, but if you break the law at a protest, you’re making a point). Thoreau’s dramatic refusal to pay his poll tax would meet this definition, but Arendt makes one further distinction: anyone who breaks the law publicly but individually is a mere conscientious objector; those who break the law publicly and collectively are civil disobedients. It is only this latter group – from which she would exclude Thoreau – that is capable of producing real change, she implies. Mass civil disobedience movements generate momentum, apply pressure, and shift political discourse. For Arendt, the greatest civil disobedience movements – Indian independence, civil rights, and the anti-war movement – took inspiration from Thoreau but added a vital commitment to mass, public action. In sharp contrast, Thoreau believed that ‘there is but little virtue in the action of masses of men’.

‘On the Duty of Civil Disobedience’ is an essay of rare moral vision. In it, Thoreau expresses uncompromising critiques of the government of his era, while also capturing the powerful feelings of moral conviction that often undergird acts of civil disobedience. Nevertheless, it is Arendt’s account of the practice that is ultimately more promising. Arendt insists that we focus not on our own conscience but on the injustice committed, and the concrete means of redressing it. This does not mean that civil disobedience has to aim for something moderate or even achievable but that it should be calibrated toward the world – which it has the power to change – and not toward the self – which it can only purify.