When it was announced last year that a district in Toronto would be handed over to a company hoping to build a model for new tech-driven smart city, critics were quick to voice concerns.

Despite Justin Trudeau’s exclamation that, through a partnership with Google’s sister company Sidewalk Labs, the waterfront neighborhood could help turn the area into a “thriving hub for innovation”, questions immediately arose over how the new wired town would collect and protect data.

A year into the project, those questions have resurfaced following the resignation of a privacy expert, Dr Ann Cavoukian, who claimed she left her consulting role on the initiative to “send a strong statement” about the data privacy issues the project still faces.

After initially being told that the data collected would be wiped and unidentifiable, Cavoukian told reporters she learned during a meeting last week that third parties could access identifiable information gathered in the district.

“When I heard that, I said: ‘I’m sorry. I can’t support this,’” she told the Global News. “I have to resign because you committed to embedding privacy by design into every aspect of your operation.”

Cavoukian isn’t the first to resign amid worries about privacy protection. This month, Saadia Muzaffar, a tech expert and founder of TechGirls Canada, stepped down from the digital strategy advisory panel, saying that the company was not adequately addressing privacy issues she and others had raised.

Quayside, the new district and “urban living laboratory” being developed by Sidewalk Labs, is intended to serve as a prototype that could be studied and replicated across the globe to solve urban issues.

In a Google TechTalk video from 2016, Anand Babu of Sidewalk Labs spoke about “reimagining the city as a digital platform” and using tech to solve the problems big cities face.

Google wants to run cities without being elected. Don’t let it, by  Jathan Sadowski     – –   see below.

While details for the city have not been finalized and the final plan for the project won’t be released until next year, in August Sidewalk Labs announced some of its ideas. They plan to use tall timber – instead of steel and concrete – to build sustainable housing, construct new types of roads for driver-less cars, and use sensors to collect data, intended to inform energy usage, help curb pollution, lessen traffic and monitor noise.

Sidewalk Labs invested roughly $50m into the deal initially, with ambitions to scale up. With 3.3m square feet of office and retail space, the city is the largest attempt to marry tech with urban planning in North America.

In a blogpost published last week, Alyssa Harvey Dawson, Sidewalk Labs’ head of data governance, wrote that Quayside would “set a new model for responsible data used in cities”, but that the company was still working to settle on a plan.

“The launch of Sidewalk Toronto sparked an active and healthy public discussion about data privacy, ownership, and governance,” she wrote, linking the latest draft of a digital governance proposal. In her summary, she states that the data collected in the city should be controlled and held by an independent civic data trust and that “all entities proposing to collect or use urban data (including Sidewalk Labs) will have to file a Responsible Data Impact Assessment with the Data Trust that is publicly available and reviewable”.

But, as big tech companies continue to struggle with protecting privacy, experts have highlighted the dangers of the new plan, and answers to their questions have not yet been adequately answered. In an op-ed for the Guardian last year, Jathan Sadowski, a lecturer on the ethics of technology, wrote that handing over public entities like cities to corporations could have negative side-effects.

“Mayors and tech executives exalt urban labs as sites of disruptive innovation and economic growth,” he wrote. “There’s no doubt that urban labs can help in the design of powerful, useful technologies. But building the smart urban future cannot also mean paving the way for tech billionaires to fulfill their dreams of ruling over cities. If it does, that’s not a future we should want to live in.”

“Sidewalk Labs has committed to implement, as a company, the principles of Privacy by Design. Though that question is settled, the question of whether other companies involved in the Quayside project would be required to do so is unlikely to be worked out soon, and may be out of Sidewalk Labs’ hands.

“For these reasons and others, Dr. Cavoukian has decided that it does not make sense to continue working as a paid consultant for Sidewalk Labs. Sidewalk Labs benefited greatly from her advice, which helped the company formulate the strict privacy policies it has adopted, and looks forward to calling on her from time to time for her advice and feedback.”

A new initiative will see Alphabet – the parent company of Google – take charge of redeveloping a waterfront district in Toronto. Here’s why that’s troubling

Alphabet, the parent company of Google, does not suffer from a lack of ambition. Its subsidiaries are tackling topics ranging from autonomous vehicles to smart homes, artificial intelligence to biotech life extension. So perhaps it shouldn’t be a surprise that Alphabet has decided it will plan, build, and run a city, too – well, part of a city. It’s a bit more surprising that a major city is happily handing Alphabet a neighborhood of prime real estate to call their own.

The project announced last week is a partnership between Sidewalk Labs, an Alphabet subsidiary focused on urban technology, and Toronto. Sidewalk Labs will be in charge of redeveloping a waterfront district called Quayside. 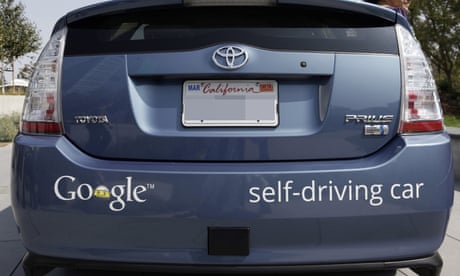 According to reports, this initiative will “include at least 3.3m square feet of residential, office and commercial space, including a new headquarters for Google Canada, in a district that would be a test bed for the combination of technology and urbanism”.

With this district, Alphabet will have its own “urban living laboratory” where it can experiment with new smart systems and planning techniques. It can study how these systems and techniques work in the real world and how people are affected.

Urban labs like this are on trend right now. There are examples around the world of cities, often in partnership with companies, developing or deeming a district a test-bed for technologies like self-driving cars. Indeed, this is not even Sidewalk Lab’s first project. It is also involved in the redevelopment of Hudson Yards in New York City.

But if the Toronto development goes as planned, it will be one of the largest examples of a smart city project in North America. That is: a place built around data-driven, (semi-)automated, networked technologies.

There is much at stake with this initiative – and not just for Toronto and Alphabet, but for cities globally. With a high-profile project like this one, the kind of deals and terms set here could become a template for similar projects in other cities.

Mayors and tech executives exalt urban labs as sites of disruptive innovation and economic growth. However, this model of creating our urban future is also an insidious way of handing more control – over people, places, policies – to profit-driven, power-hungry corporations.

As the Globe and Mail reports, Eric Schmidt said at the announcement: “The genesis of the thinking for Sidewalk Labs came from Google’s founders getting excited thinking of ‘all the things you could do if someone would just give us a city and put us in charge’.” Ambition alone is not a sin, yet desires like these should evoke suspicion, not celebration.

In an era of intense competition between cities for resources, many cities are focused on achieving constant growth, large returns, and public-private partnerships. This has translated into city leaders expending much energy courting the tech sector – that locus of investment and innovation.

They coax tech companies by offering benefits like looser regulation and lower taxes. They create “innovation ecosystems” made up of things like hackathons, incubators, and co-working spaces meant to attract programmers and venture capitalists. Digital districts, like the one being developed by Sidewalk Labs, are the next-level version of these lures.

Why settle for tax breaks or coding camps when you can lay claim to an entire neighborhood? The city itself is turned into just another platform on which Silicon Valley can build and test new technologies – while also extracting more value and expanding its influence.

It is easy for city leaders to step aside and allow technocrats and corporations to take control, as if they are alchemists who can turn social problems and economic stagnation into progress and growth.

But cities are not machines that can be optimized, nor are they labs for running experiments. Cities are not platforms with users, nor are they businesses with shareholders. Cities are real places with real people who have a right not to live with whatever “smart solutions” an engineer or executive decides to unleash.

These partnerships cannot be a way for city governments to abdicate responsibility and accountability to citizens by handing over (parts of) the city to corporations. Nobody elected Alphabet or Uber or any other company with its sights set on privatizing city governance.

When Sidewalk Labs was chosen to develop Quayside, Schmidt said his reaction was: “Now, it’s our turn.” While this was a joyous exclamation for him, it’s an ominous remark for the rest of us.

There’s no doubt that urban labs can help in the design of powerful, useful technologies. But building the smart urban future cannot also mean paving the way for tech billionaires to fulfill their dreams of ruling over cities. If it does, that’s not a future we should want to live in.