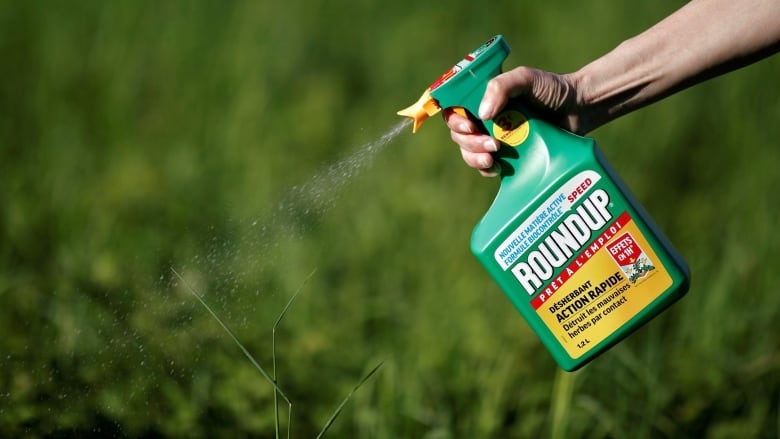 A review by CBC/Radio-Canada of internal Monsanto documents disclosed in the court case of Dewayne Johnson, who sued Monsanto and won $78 million US last October, showed the many efforts Monsanto took to fight a negative UN assessment of glyphosate, the active ingredient in its Roundup weed killer.

In March 2015, agrochemical giant Monsanto had a problem. The World Health Organization’s International Agency for Research on Cancer (IARC) announced that glyphosate, the principal ingredient in Monsanto’s Roundup weed-killer product, was probably carcinogenic to humans.

Negative results from the IARC panel, which identifies and evaluates environmental causes of cancer in humans, could mean a potential hit to the company’s profitability. Roundup is a major profit generator for Monsanto. In 2015, Monsanto made nearly $4.76 billion US in sales and $1.9 billion in gross profits from its “agricultural productivity” sector, a large part of which was made up of Roundup sales, according to a filing with the U.S. Securities and Exchange Commission.

A review by CBC/Radio-Canada of internal Monsanto documents disclosed in the court case of Dewayne Johnson, who sued Monsanto and won $78 million last October, showed the many efforts the company took to fight the IARC assessment.

The documents also reveal communications between Monsanto and a Canadian firm hired to recruit scientists to publish studies that ultimately defended glyphosate — some of which were secretly reviewed by Monsanto prior to publication. All those papers, as previously reported by CBC/Radio-Canada, were also used as part of Health Canada’s re-approval process of glyphosate in 2017.

“Why do more?” to combat the IARC assessment, asks one internal Monsanto PowerPoint written by Bill Heydens, product safety assessment strategy lead, and Donna Farmer, a Monsanto toxicologist. Because there is “severe stigma” to a determination that glyphosate was a probable carcinogen, they wrote.

Internally, Monsanto talked about invalidating “the relevance of IARC.” It discussed putting together an expert panel that would publish its own analysis of existing studies, to counter IARC’s assessment. Heydens even wanted to know whether the company should ghostwrite a study in order to save money.

“An option would be” to add experts’ names on a publication, Heydens writes. “We would be keeping the cost down by us doing the writing and they would just edit & sign their names.” 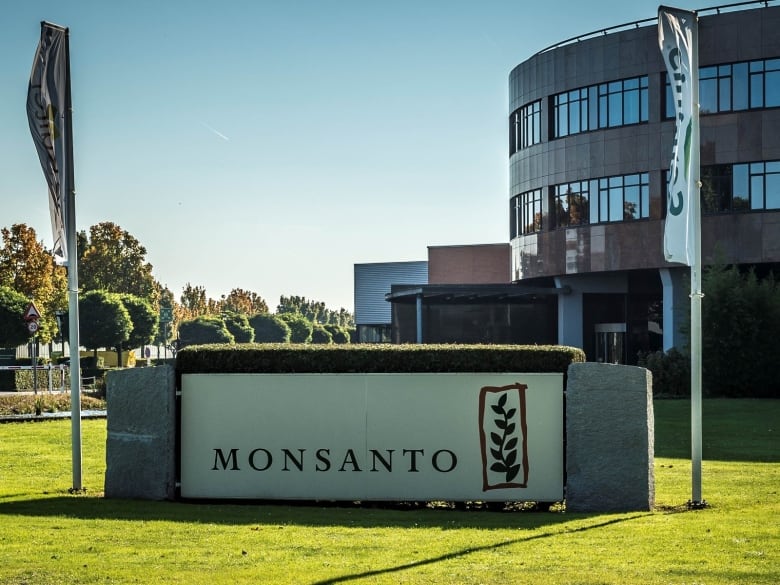 Five studies, including a review article, were eventually written and published in 2016. Monsanto hired Intertek, formerly known as Cantox of Mississauga, Ont., to set and co-ordinate four “independent expert panels” to publish these papers in the journal, Critical Reviews in Toxicology. The 15 researchers concluded unanimously that glyphosate was not a carcinogen.

Those papers got noticed by federal regulators. In defending its decision to re-approve use of glyphosate in 2017, Health Canada cited those papers in its list of references. It re-approved glyphosate until 2032, a decision based in large part on studies written by industry.

Those Intertek papers may also have had an influence in the United States. In 2016, U.S. scientists sitting on an independent Environmental Protection Agency panel charged with reviewing the safety of the product recommended that the EPA look at “relevant papers,” including two written as part of the Intertek project.

All the authors would eventually sign a correction stating that Monsanto reviewed a preliminary and final draft of their review article that criticized the IARC assessment. They also admitted in the journal in 2018 that Monsanto provided a “regulatory history overview” that was not disclosed. The authors apologized for any “errors or omissions.” 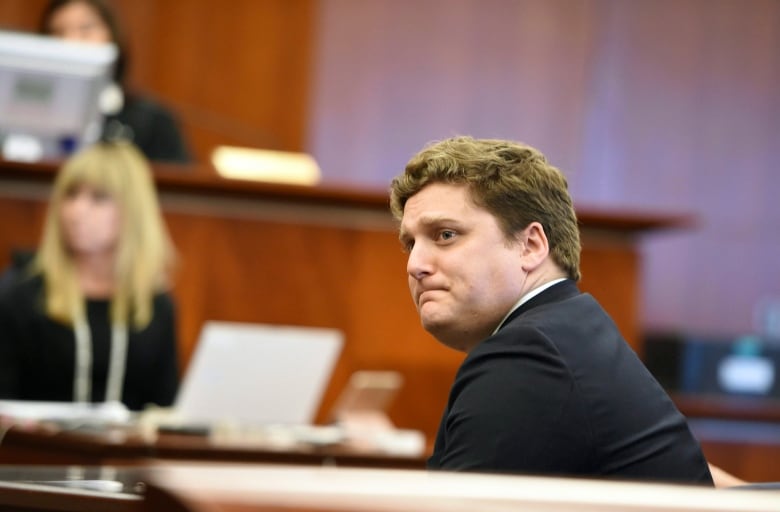 Johnson’s lawyer Brent Wisner reacts as the verdict is read in Johnson’s case against Monsanto at the Superior Court of California in San Francisco on Aug. 10, 2018. A jury ordered Monsanto to pay $289 million, later reduced to $78 million, to the former school groundskeeper dying of cancer, saying Monsanto’s Roundup contributed to his disease. (Josh Edelson/Pool Photo via AP)

Internal Monsanto emails show that the company closely followed the evolution of some of the articles and even edited passages.

On Jan. 6, 2016, company official Heydens writes to Intertek about one of the papers: “I think you and I should talk about how that chapter gets completed, as it is not exactly what I was expecting.”

Two days later, in another email Intertek sends Monsanto a draft version of another article, asking Heydens to look at changes suggested by certain authors. His response: “OK, I have gone through the entire document and indicated what I think should stay, what can go, and in a couple of spots I did a little editing.”

All five papers claimed they were written by independent experts and said that no Monsanto employees or lawyers reviewed the manuscripts prior to publication.

“The first thing that [Monsanto] did when it found out that IARC had classified it as a probable human carcinogen is they paid … money to Intertek to do a quote independent scientific review and that has been published in five … different articles,” says Brent Wisner, Johnson’s lawyer who won the $78 million lawsuit against Monsanto.

Monsanto disagrees with that court decision and is appealing it. 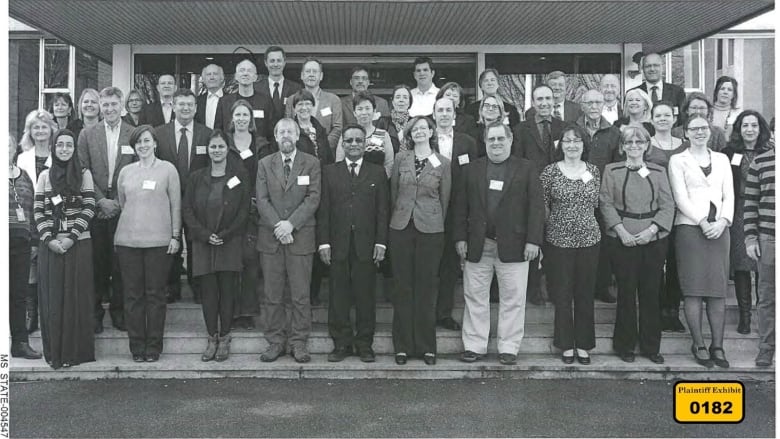 The scientists of the International Agency for Research on Cancer (IARC) pose in Lyon, France, in 2015. IARC is the World Health Organization’s cancer research arm that identifies and evaluates environmental causes of cancer in humans. (Court exhibit from Johnson vs. Monsanto trial)

That lawsuit led to the release of internal documents now widely referred to as the Monsanto Papers. They “were all carefully sculpted, carefully controlled and portions of it carefully written by Monsanto employees,” Wisner says.

The Monsanto Papers show that the panels did not have the level of independence that the company claimed. On its website, Monsanto said that the experts were “medical doctors, cancer experts and individuals who hold doctoral degrees … (who worked at) major universities and medical schools, at research institutions and as consultants.”

In November 2018, after Critical Reviews in Toxicology expressed concerns, the authors released clarifications in the journal saying that Monsanto did review the manuscripts in three of the five cases. They insisted that the changes were minor and that Monsanto did not influence the conclusions. Monsanto also said at the Johnson trial that the papers were not ghostwritten.

Monsanto, now owned by Bayer, has categorically denied having influenced studies on glyphosate. It also says that IARC is an outlier, and no major government regulator has found glyphosate to be carcinogenic. What’s more Bayer says that according to the latest science, there is no association between glyphosate and cancer for farmers, and it cites Health Canada’s recent findings, which affirm that glyphosate-based herbicides are safe when used as directed.

Twelve of the 15 authors had been consultants for Monsanto in the past, and two have now admitted that they were paid directly by the company.

Even the fact that it was orchestrated by industry suggests that [the studies were not] at all independent. The fact that they created these new publications or they organized the publication of things, well, that’s actually not how scholarship works either. We write our own papers, and we do our own work.

– John McLaughlan of Public Health Ontario, who also served on the IARC panel

“Even the fact that it was orchestrated by industry suggests that [the studies were not] at all independent,” says John McLaughlan, chief science officer and senior scientist at Public Health Ontario, who also served on the IARC panel. “The fact that they created these new publications or they organized the publication of things, well, that’s actually not how scholarship works either. We write our own papers, and we do our own work.”

“I would put a large flag of concern around the quality and integrity of those papers,” McLaughlin adds.

Intertek did not respond to questions from CBC/Radio-Canada. 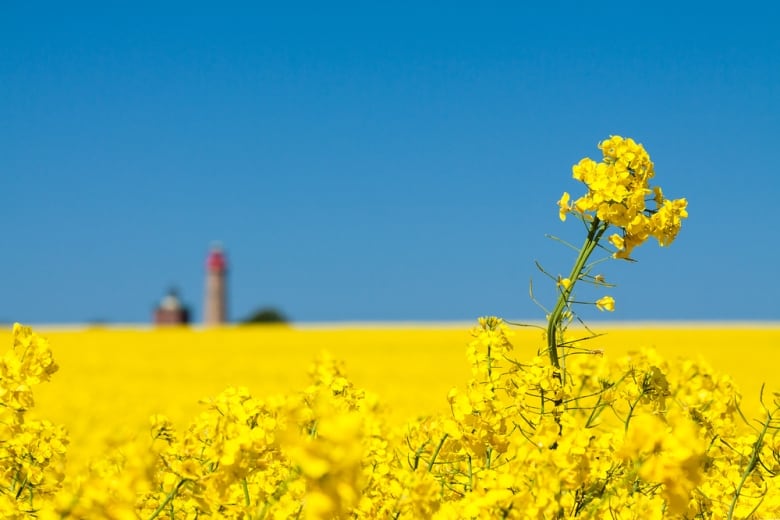 Many canola farmers on the Prairies use the herbicide glyphosate on their crops. (Shutterstock)

In January, Health Canada said that the “assertion of improper or misleading citations was disconcerting” in the Intertek panel papers. It did not alter the agency’s final decision regarding continued registration of glyphosate. Health Canada also said it had access to “numerous individual studies and raw scientific data during its assessment of glyphosate, including additional cancer and genotoxicity studies.”

As part of its final decision in January, Health Canada rejected the eight notices of objection filed by doctors, academics and medical groups that wanted an independent panel to review its re-approval decision.

Much of “the data that’s actually been reviewed has not been subject to independent peer review,” says lawyer Wisner, who wants outside experts without conflicts of interest to look at the science that Health Canada relied on. “Because of that we don’t really know … the scientific judgment calls that went into making this decision. I think that can be a real problem for public health.”

Health Canada refused to comment to CBC/Radio-Canada but has stated publicly that it looked at over 1,300 studies to come to its re-approval decision, including in many cases the raw data underpinning those studies.

Cantox, purchased by Intertek in 2010, worked on a major glyphosate safety analysis in 1999, which concluded ‘Roundup herbicide does not pose a health risk to humans.’ (Court exhibit from Johnson vs. Monsanto trial)

This was not the first time that Monsanto turned to Intertek to defend glyphosate. Cantox, purchased by Intertek in 2010, worked on a major glyphosate safety analysis in 1999, which concluded “Roundup herbicide does not pose a health risk to humans.” The study would go on to be cited over 500 times in the academic literature.

Once again, Monsanto’s Heydens discussed ghostwriting a paper and having outside scientists sign it.

“Recall that is how we handled Williams Kroes & Munro,” Heydens writes, referring to the influential scientific paper by Gary Williams, Robert Kroes and Ian Munro that was published in 2000.

The lead author, Williams, denied the allegation in a February email to CBC/Radio-Canada. The other two authors are deceased.

In his deposition, which was part of the Johnson trial, Monsanto’s Heydens said the changes he made were minor and for the sake of clarity.

But in another email from 2000, Lisa Drake, a senior Monsanto official, thanks several company employees for “data collection as well as writing, review and relationship building with the papers’ authors.” She suggests the paper be used “to build Roundup sales.” 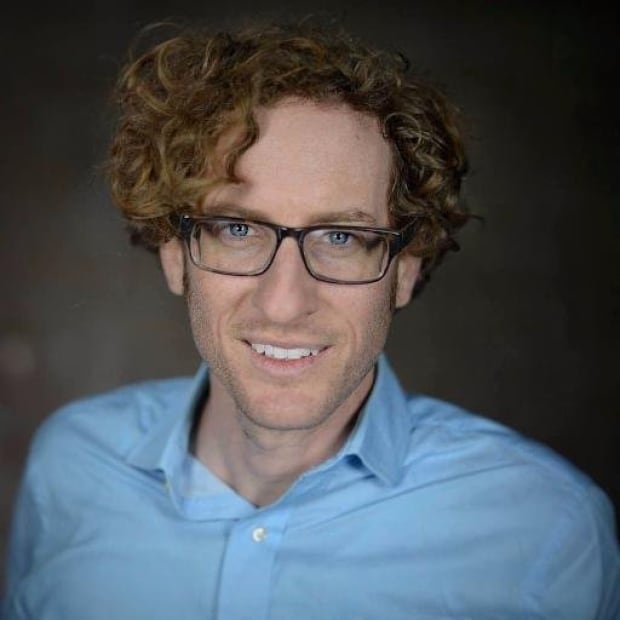 Gil Shochat is an award-winning investigative producer-director with CBC/Radio-Canada. He’s worked in Canada and internationally on subjects including the coal industry, the Russian mafia, TD Bank, the global war on terror, as well as Canada’s role in the international asbestos trade.