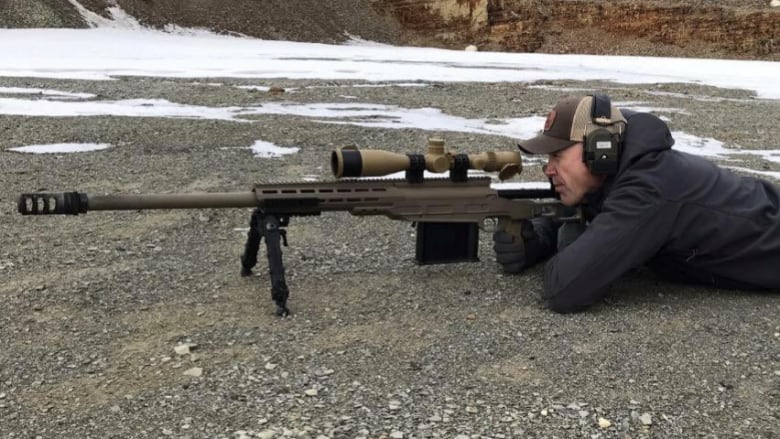 Asked if he’s concerned that selling weapons to Ukraine would escalate the conflict there, the owner of a Canadian arms company said: “It may sound callous, but not particularly.”

“Since the dawn of time, mankind has been engaged in war, and part of that is equipping yourself properly,” Ross Spagrud, co-owner of PGW Defence Technologies, told As It Happens guest host Matt Galloway.

The Winnipeg company has signed a deal to export $1 million worth of LRT-3 .50-calibre BMG bolt action rifles to the Ukrainian military as it continues to battle Russian-backed separatist forces in the Donbass region.

The firearms come equipped with suppressors to reduce sound and muzzle flash, and are designed to reach a target up to two kilometres away.

The deal appears to be the first concrete product of Prime Minister Justin Trudeau’s new policy of allowing the sale of deadly weaponry to Ukraine’s military.

CBC News was unable to reach Bezan for comment.

Ukraine, a Canadian ally, has been at war with the rebels since 2014. Russia, which annexed Crimea from Ukraine in March 2014, backs the separatist forces.

The United Nations estimated in 2015 that nearly 8,000 people — including soldiers, rebels and civilians — had been killed in the war. That number climbed to more than 10,000 by 2018, the Kyiv Post reports.

Spagrud wouldn’t speculate about who might be the intended targets of his company’s sniper rifles. 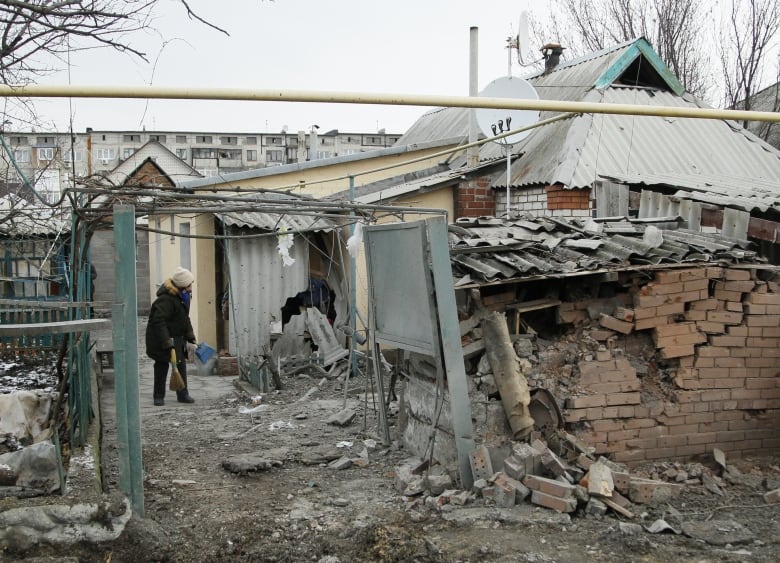 A woman cleans up debris near her house damaged by shelling in the rebel-held town of Yasynuvata, Ukraine, on Dec. 21, 2017. (Alexander Ermochenko/Reuters)

“The Ukrainian people that I’ve spoken to in respect to this, they’ve all expressed a strong support for this. They, as a community, are not pleased with the situation in the Ukraine.”

PGW made headlines in February 2016 when the LRT-3 .50-calibre rifles it sold to Saudi Arabia ended up in the hands of Houthi rebels.

Spagrud said his company did “nothing untoward or illegal” with respect to that arms deal.

Global Affairs spokesman John Babcock told As It Happens the Liberal government is amending Canada’s arms export legislation so that “our government, and future governments, will not allow the export of a controlled good if there is a substantial risk that it could be used to commit human rights violations.‎”

“The Government of Canada is committed to ensuring that human rights, peace and security are central to arms exports,” he said in an emailed statement.

Peggy Mason, a former disarmament ambassador to the United Nations and a security adviser to the federal government, told the Ottawa Citizen that Canada selling arms to Ukraine will only serve to exacerbate the situation the ground “because each side feels it must respond to a show of force by the other.”

Spagrud dismissed those concerns, saying the product no more “lethal or worrisome” than the missile systems and satellite technology being developed for the battlefield by other Canadian companies. 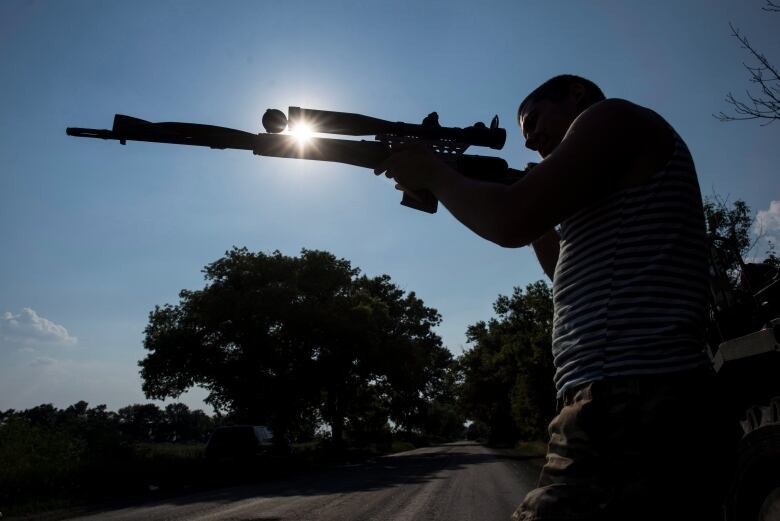 A Ukrainian soldier looks through the optical sight of a sniper rifle on the outskirts of Marinka, Donetsk region, eastern Ukraine. (Evgeniy Maloletka/Associated Press)

“In fact, I would argue that this particular sniper technology has far less potential for collateral damage on a battlefield than missiles and artillery and such things that, where you hit a building and kill 50 people, two of which maybe they want to kill,” he said.

“It allows people to identify targets in a discriminate way and engage them and just them.”