RELATED: Democracy: Significance of the Rule of Law  The lengthy article below, “Eclipse and Enlightenment” by Bruce Clark,  speaks to an understanding of “The Rule of Law“.   (Note to self:  put a referral on the above posting.) Clark’s work is in support of First Nations’ rights, and therefore related to: The recent move of First Nations […]

Years ago, when I wanted some little grasp of living in a world of addiction,  one that I couldn’t fathom from reading, I deliberately pursued a two-year relationship with a late-stage alcoholic.  Among other lessons was the role of abuse of the child, in its various forms. Subsequently I came across the book “Addicted:  Notes […]

Feel free to copy, paste and edit, for whatever use it might serve. Subject:  April 12, re changes to governance of Dental & Medical professions   Dear  (Host of Program), The interviewee said: There is a shortage of health care workers across Canada.  The accurate statement is: There is an over-supply of sick and damaged […]

by  Christopher Reynolds   SNC-Lavalin CEO Neil Bruce is photographed in Toronto on March 20, 2019. Only a handful of SNC-Lavalin Group Inc.§s rivals have received deferred prosecution agreements in the past five years, a Canadian Press analysis reveals. The low count appears to contradict remarks by CEO Neil Bruce The Canadian Press last month […]

In all the press coverage of the “the SNC-Lavalin affair,” not enough attention has been paid to the company’s involvement in Site C – the contentious $11 billion dam being constructed in B.C.’s Peace River valley. The Liberals say that any pressure they put on Jody Wilson-Raybould to rubber-stamp a “deferred prosecution agreement” for SNC-Lavalin […]

West Coast Environmental Law by Erica Stahl, Staff Lawyer February 15, 2018 On January 30th, 2018, the BC government decided to drop the private prosecution launched by Bev Sellars into the Mount Polley disaster. Through her private prosecution, Bev, a grandmother and former chief of the Xat’sull First Nation, gave the provincial government a second […]

As individuals trying to be good, we aim at being both loyal and honest, for example.  But in working life, these two virtues are often in conflict;  that is, we must be loyal at the expense of honesty or, conversely, honest at the expense of loyalty to our organization or fellow workers.  Does this mean, […] 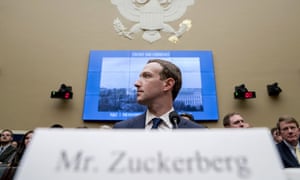 Thanks to Janet – – FROM TRUTHDIG:  the same topic,  https://www.truthdig.com/articles/elizabeth-warren-declares-war-on-big-tech/ – – – – – – – – – – FROM THE GUARDIAN: Robert Reich The titans of the new Gilded Age must be busted and the idea has bipartisan support. It’s time big tech was brought to heel Mark Zuckerberg testifies on Capitol […]