Terry Hicks, the father of former Guantanamo Bay prisoner David Hicks, has endorsed the SEP rallies on March 3 in Sydney, at the Martin Place Amphitheatre at 2pm, and on March 10 in Melbourne, at the Victorian State Library at 1pm, demanding the freedom of WikiLeaks publisher Julian Assange.

Hicks campaigned tirelessly for his son David’s release from Guantanamo Bay, where he was incarcerated by US authorities for five years on false terrorism allegations. In the face of mass opposition over the illegal treatment of the Australian citizen, the Howard Liberal-National coalition government in 2007, just before the federal election that year, made a deal with Washington to repatriate Hicks to Australia, but only if he pled guilty to “providing material support to terrorism.”

Four years ago, in February 2015, a US Military Commission Review Board overturned the “terrorism” conviction against David Hicks. It was further proof that the US-led “war on terror” and its associated crimes, which included illegal detention, torture and kangaroo courts, were based on lies. 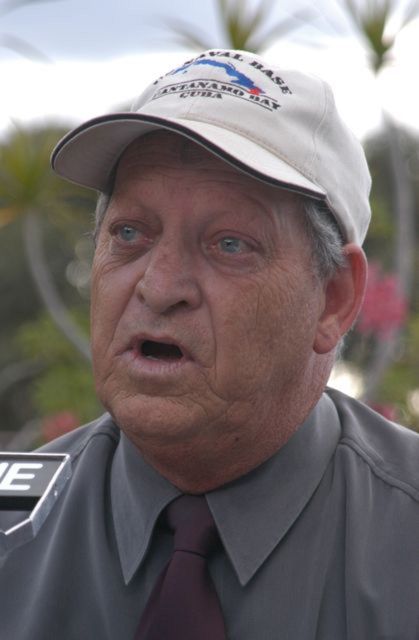 People everywhere must demand that the Australian government act to secure the safety and freedom of Julian Assange still inside the Ecuador embassy in London. He has been confined to the embassy for nearly seven years because Australian governments of every political stripe have hung him out to dry. They refuse to speak out in his defence or take any action to secure his freedom.

Assange has not committed any crime but is being punished because he is a serious and courageous journalist who has dared to reveal the political crimes and back-room deals that the US and other governments, including Australia, want hidden from their citizens. They are determined to prevent their dirty secrets being brought into the open.

We’re led to believe that the government will protect Australian passport holders, but I soon learned, when my son David was falsely imprisoned on bogus charges of terrorism in Guantanamo, that an Australian passport has virtually no value. Australian governments will only act if they are forced to or if they think there’s political mileage in it for them.

If Julian was a famous sportsperson and the government thought they could use him to promote their own international image, they would be bending over backwards to secure his release. But because they can’t use him this way and they follow whatever the US demands, they refuse to act.

When our family began the battle to secure David’s return to Australia we were loners and had no idea of what we could do. The media were hounding us and jumping up and down denouncing David. They said he was guilty, even before he was hauled before the so-called military court system in Guantanamo. It was difficult but we kept explaining that the military courts and the allegations against David were a load of rubbish.

You might get support from high profile people, but the fight to gain Julian’s freedom depends on ordinary people speaking out. You will win them if you explain the basic issues at stake, such as freedom of speech, freedom of the press and democratic rights, and you’ll be respected for your determination and your honesty.

Always remember that the story constantly alters for those who lie, but if you’re telling the truth then nothing changes, and the real story will eventually come out.

The Australian people have got to take a stand in defence of Julian Assange and understand that when they take up the struggle for his freedom, they are fighting to defend their own democratic rights.

With thanks to the World Socialist Web Site, for both these articles.

The following motion was passed at a meeting on February 25 at Footscray City College in Melbourne. It was moved by a member of the Committee For Public Education (CFPE), which is actively promoting and campaigning for the demonstrations called by the Socialist Equality Party to demand the freedom of Julian Assange, including via its Facebook page. A leading member of the CFPE will be one of the speakers at the March 10 rally in Melbourne.

The WSWS and SEP (Australia) urge other workers to call for meetings at their workplace to discuss similar motions of endorsement.

That this sub-branch meeting of the Australian Education Union at Footscray City College endorses the campaign to free Julian Assange and supports rallies organised by the Socialist Equality Party to be held in Sydney at Martin Place Amphitheatre, March 3 at 2:00 p.m. and in Melbourne at the Victorian State Library on March 10 at 1:00 p.m.

Assange is being targeted for his leading role in WikiLeaks’ exposures of US-led war crimes, diplomatic intrigues, corporate and government corruption. We insist that the Morrison government extend to Assange the rights that should be available to him as an Australian citizen and secure his return to Australia with guarantees against indictment and extradition to the US.