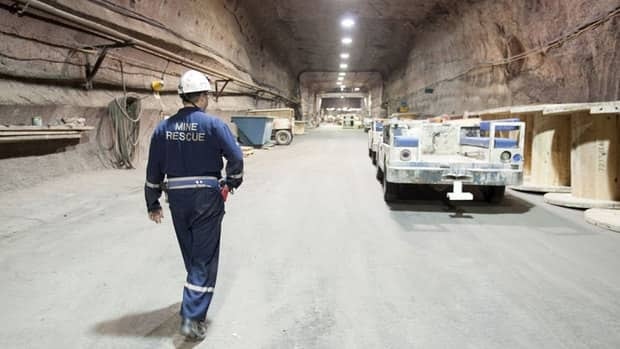 Rocanville PotashCorp underground production supervisor Dave Esslinger walks toward his work vehicle 1,000 metres below the surface at the potash mine in Saskatchewan. (David Stobbe/Reuters)

Bill Doyle may not need to walk away from PotashCorp when he retires as its president and CEO in July. ​​

During his tenure, Doyle led the Saskatoon-based company through massive expansions at its mines.   He also fended off a 2010 hostile takeover by mining rival BHP Billiton.

However, the last few years have seen prices per tonne drop, due to soft demand and high volumes worldwide. In December, PotashCorp cut roughly 18 per cent of its workforce. Of that, 440 employees worked at Saskatchewan mines.

For years, the majority of Doyle’s salary has been paid in medium and long-term stock incentives. Doyle has steadily converted the majority of that into PotashCorp stock.

Bill Doyle, speaking at a business luncheon in Saskatoon in April 2010. (CBC)

By February 2014, company filings to shareholders indicate show Doyle and his family held 8,307,871 PotashCorp shares “deemed to be beneficially owned”. Some observers note that if the Doyles chose to cash every share in simultaneously, based on yesterday’s closing TSX price of $37.11/share, that would total just over $308 million US dollars.

However, stock options account for about three quarters of Doyle’s PotashCorp holdings. By exercising his options and cashing in current holdings, Doyle would stand to make a total of roughly $192 million US dollars.

PotashCorp has indicated Doyle will stay on as a special advisor until he turns 65 next year. 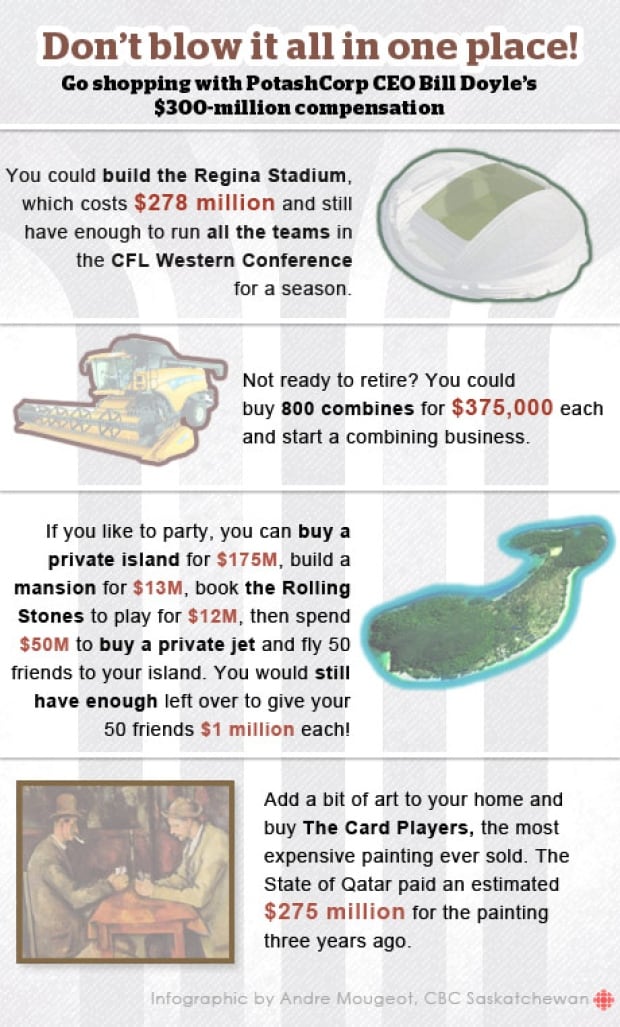