In an exclusive interview with The Defender, Joseph Keating’s mother said her son’s only warning signs were fatigue, muscle soreness and an increased heart rate, yet an autopsy confirmed he died of myocarditis directly caused by Pfizer’s COVID vaccine. 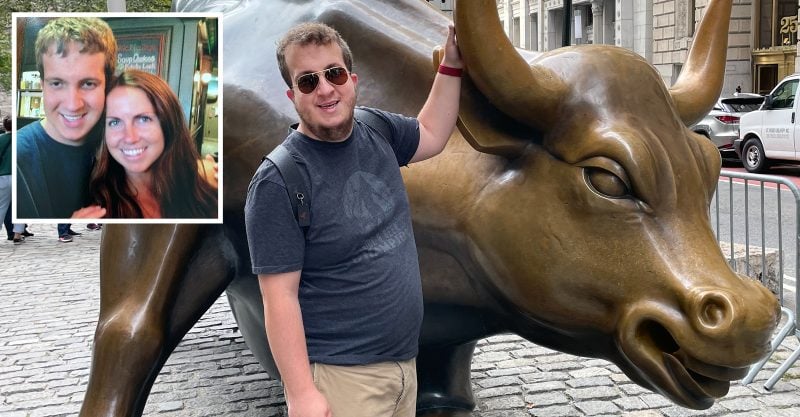 A 26-year-old South Dakota man who died Nov. 12, 2021, of myocarditis — four days after his booster dose of Pfizer’s COVID vaccine — had no idea he was experiencing a rare and supposedly “mild” heart problem after the shot.

In an exclusive interview with The Defender, Joseph’s father, mother and sister said the Centers for Disease Control and Prevention (CDC) has not investigated Joseph’s death,.

The CDC also did not contact the pathologist who performed the autopsy or request the documents which confirmed Joseph’s death was caused by the Pfizer vaccine.

According to the autopsy report and certificate of death, Joseph died from severe heart damage from “myocarditis in the left ventricle due to the recent Pfizer COVID-19 booster vaccine.”

Joseph’s mother, Cayleen, said her son was pro-vaccine and worked in an environment where he needed to be vaccinated. According to Joseph’s vaccination cards, he received his first Pfizer shot on March 26, 2021, and the second dose on April 16.

Cayleen said her son, who didn’t experience any negative adverse events after the first two doses, received a third booster dose on Nov. 8, 2021.

“This was on a Monday,” Cayleen said. “Tuesday and Wednesday he was fine, but Thursday morning — 72 hours after the booster — he called and said he had a sore throat.”

Cayleen made her son some hot apple cider and he took throat lozenges and went to work, but within two hours he called her to pick him up because he was so fatigued he couldn’t work.

When Cayleen asked him what was wrong, Joseph told her he had some muscle soreness, exhaustion and a sore throat.

“When we googled, ‘what are your reactions to having the Pfizer vaccine,’ a lot of the results say people deal with fatigue, muscle soreness and everything, so we both just brushed it off as reactions to the vaccine and it was no big deal,” Cayleen said.

Joseph slept through Thursday. On Friday morning, he told his mother he would have to call into work again because he was too exhausted to go in. Cayleen visited Joseph and said he appeared to be normal, other than fatigue and muscle soreness.

Cayleen, a critical care nurse of 35 years, took her son’s vitals and noted his temperature was up to 100.2 and his heart rate was elevated to 112. She thought it was related to the fever, so she gave him Tylenol.

Later that day, Joseph texted his mother that his fever was down. By 4:30 p.m., his oxygen was at 100%, but his heart rate was still elevated.

Joseph’s father, William, visited his son around 5 p.m. and they had dinner. William left at 6 p.m. Two hours later their son was dead.

The family knows when Joseph died because of the Apple Watch data they retrieved from his phone. Joseph had an app enabled that measured his heart rate up to the time of his death.

“He went to sit down in his recliner and when we [the family] came the next day we were able to pull up the data from his Apple Watch showing the exact time of his death and exactly what his heart rate was doing the past two hours.

“It showed he was beating at 100s all during the day and after 6 p.m., when he sat in the recliner, his heart rate dropped into the 60s, which was low for Joseph, who always had a resting heart rate in the 80s and 90s — and then it just stopped.” 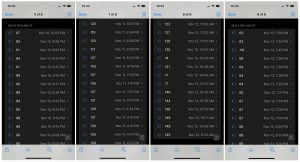 Cayleen said when they found Joseph the next morning, there were no signs he knew he was going to die.

“He was even having a two-way conversation with several of his friends before his death. The phone and remote control were on his lap,” his mother said.

The family called 911 and detectives came to make sure it wasn’t a crime scene because “26-year-olds don’t just die,” Cayleen said.

When detectives separated Cayleen and her husband for questioning, she told the detectives the only thing she knew was that four days prior her son had received Pfizer’s vaccine and he was having adverse reactions. Four days later he was dead.

After Joseph died, an autopsy had to be performed to confirm the cause of death.

“When they first did the preliminaries they couldn’t find anything — his heart looked normal,” Cayleen said. But “the pathologist said he was going to do 22 different slides to see what he could find.”

“When the pathologist looked at the 22 segments of Joseph’s heart, it showed the vaccine inflamed and attacked his entire heart. There was so much damage … to the heart. It was full multi-focal myocarditis, and it wasn’t just affecting one part of his heart, it was attacking his whole septum and ventricles.”

Cayleen thinks her son developed so much inflammation from the booster that his heart developed a fatal arrhythmia that killed him instantly.

She spoke with several cardiologists who were surprised her son never experienced any type of chest pain.

“The hallmark signs as a parent that would prompt you to seek medical help were not given to me,” Cayleen said. “He didn’t know his heart was racing, or fluttering or becoming A-fib. All he complained about was the muscle soreness and fatigue.”

Joseph’s private physician called the family after his autopsy results were back and told Cayleen if she would have called him and informed him of Joseph’s symptoms, he would have said it was just a side effect of the vaccine.

“If we would have brought him in Thursday or Friday, nobody would have discovered it,” Cayleen said.

Joseph’s sister, Kaylee, said, “My brother felt he wasn’t bad enough to seek medical attention because he wasn’t having any symptoms, it just came out of nowhere.”

“That’s what is so amazing that he didn’t have any chest pain, he didn’t feel his heart flutter, he didn’t have any shortness of breath,” Cayleen said. “I mean two hours before he died he has 100 percent oxygen concentration. It just didn’t show anything outside of an elevated heart rate.”

Cayleen said she took a full set of vitals and her son just didn’t feel sick. “When you’re sick, you’re in bed, but he just never felt that way. He just got into a rate the heart couldn’t keep up with and he died.”

Both Joseph’s family and the pathologist submitted a report to the Vaccine Adverse Event Reporting System (VAERS), but to this day, neither have been contacted by the CDC about Joseph’s death.

According to the CDC website, the agency contacts people who meet the case definition for myocarditis following mRNA COVID vaccine and have submitted a report to VAERS.

To meet the case definition, people must have had “symptoms such as chest pain, shortness of breath and feelings of having a fast-beating, fluttering or pounding heart, and medical tests to support the diagnosis of myocarditis and rule out other causes.”

This rules out deaths like Joseph’s, who wasn’t diagnosed with myocarditis prior to death and did not experience the symptoms that would normally fall under the CDC’s case definition.

The CDC website does not state what happens to these cases, but there is no indication they are tracked or included in the CDC’s myocarditis numbers.

Cayleen said the state’s health department also has not investigated her son’s death, as they said they first needed to be contacted by the CDC.

“Nobody wants to touch it,” William said. “I’ve been calling the state health department the last few days and they keep saying they have to wait for the CDC and the facts. I told them the facts are in the autopsy, but they said they had to wait longer.“

As The Defender reported Jan. 6, emails obtained by Judicial Watch through a Freedom of Information Request show the CDC is leaving it up to state health departments to investigate deaths following COVID vaccines, including the death of a 13-year-old boy who died from myocarditis three days after his second Pfizer shot.